Two terrorists were also killed in the encounter at the Chanjmulla area of Handwara, which is part of north Kashmir's Kupwara district, they said. 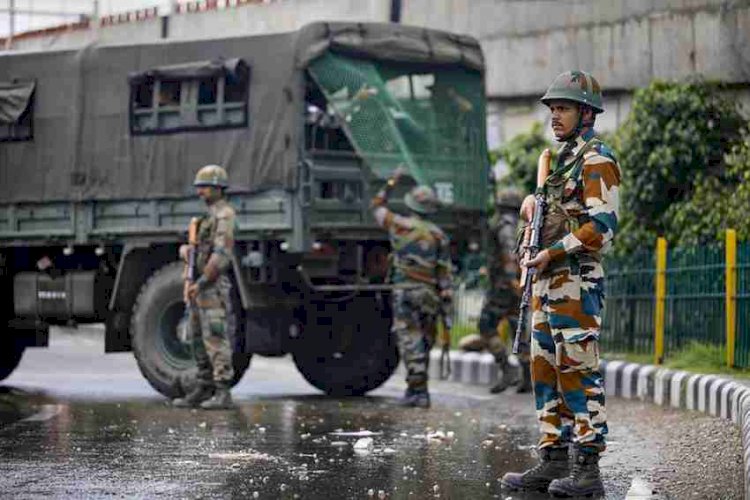 An Army Colonel and a Major were among five security personnel killed in an encounter at a village in Handwara in north Kashmir that also saw the elimination of two terrorists, officials said on Sunday.

Army officers Col Ashutosh Sharma and Major Anuj, and Jammu and Kashmir Police Sub-Inspector Shakeel Qazi were among the deceased, they said.

Col Sharma was leading a team to rescue civilians who had been taken hostage by the terrorists hiding in a house at the Chanjmullah area of Handwara in frontier Kupwara district of north Kashmir on Saturday, the officials said.

They said that based on the intelligence input that terrorists were taking the civilian inmates of a house in Changimul, Handwara of Kupwara district hostage, a joint operation was launched by Army and JK Police on 02 May 2020.

"However, during the process, the team was subjected to heavy volume of fire by the terrorists. In the ensuing fire fight, two terrorists were eliminated and the team of five Security Forces Personnel comprising of two Army officers, two Army soldiers and one JK Police Sub Inspector attained martyrdom in the service to the Nation," they said.

Two terrorists were killed in the encounter, they said.

RBI steps necessary but credit to small businesses, others critical to sustain Covid:...