iPhone SE 3 launch: Specs, features, India price, and everything we know so far

The iPhone SE 3 is tipped to launch in the first half of 2022. While the launch is quite far away, plenty of details are already available online. So, to keep you updated, we decided to detail everything known about this smartphone so far. 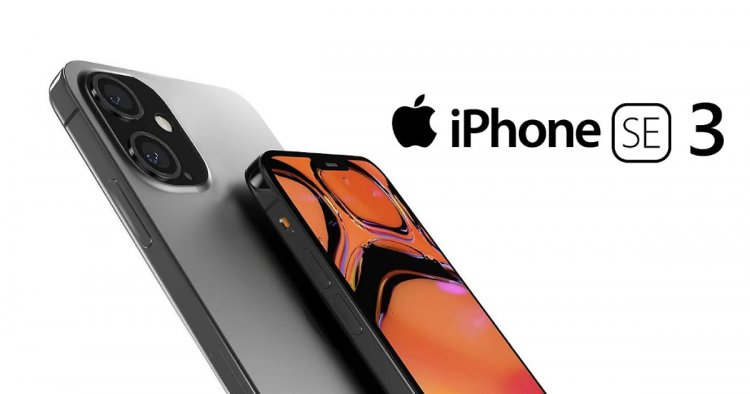 The iPhone SE series was revived last year with the iPhone SE 2020. While the smartphone packed a high-end processor, it came with a dated design. And Apple might want to change that with a design refresh on the upcoming model. The upcoming iPhone SE 3 has been appearing in the news for quite some time now. Now some more fresh news is pouring in, as per which the upcoming smartphone will launch in the first half of 2022. The report also says that iPhone SE 3 will ship with the A14 Bionic chipset that powers the iPhone 12 series.

While the hardware on the new iPhone SE is tipped to upgrade, the change of design is unlikely, a popular leaker says. He also claims that iPhone SE 3 could be the cheapest 5G device from the brand. Reports also suggest that Apple might stick to the same 4.7inch LCD panel rather than making a switch to an OLED panel.

There's still plenty of time for the launch of the third-gen iPhone SE. However, leaks around the same have kept on popping from time to time. So as to keep you updated, we decided to stack everything known about the iPhone SE 3 so far.

--The iPhone SE 3 will be succeeding over Apple's affordable offering iPhone SE 2020 next year, DigiTimes states. In addition to that, the smartphone will be powered by an A14 Bionic chipset and 5G. The device is also tipped to be the cheapest 5G Apple smartphone. While we cannot claim the credibility of the news, it's possible that these features will come to the device. We say that because Ming-Chi Kuo earlier predicted the same for this smartphone.

--The outdated design of the iPhone SE 2020 was a big concern for the brand. And previous reports suggested that the device will get a big design change. However, as per Ming-Chi Kuo, that's unlikely, who says that iPhone SE 3 will follow the same design language as the current-gen iPhone SE.

--Apple Lab created some renders based on a rumour about the iPhone SE 2023. The smartphone seems to feature a square-edged design, more like the iPhone 12 models. The single rear camera and flash are placed in a horizontal pill-shaped module. On the front, it can be seen sporting a centred punch-hole display with minimal bezels.

--None of the iPhone SE 3 renders we've seen features touch-ID, which leads us to believe that it will feature an in-display fingerprint scanner for authentication. Apple lab and a few other leaks are also hinting towards the same.

--The display is supposed to remain off the LCD kind to keep the price of the smartphone in check. Another reason for the additional LCD display on the iPhone SE 3 is to differentiate it from the top tier iPhones. Furthermore, the smartphone will be powered by Apple's A14 Bionic chipset. It is a hexa-core chipset built on a 5nm manufacturing process. The chipset should bring a significant performance boost to the iPhone SE 3. The previous iteration, i.e. the iPhone SE 2020, shipped in three variants 64GB, 128GB and 256GB and the same is expected for the upcoming iPhone SE 3.

--We would love to see an improved camera system of the iPhone SE 3. However, none of the leaks hints towards the same. Renders leaked so far suggest that the device will ship with a single rear and front shooter. That said, these are just early leaks, so nothing can be said for sure.

--The mediocre battery life on the iPhone SE 2020 was a major concern, so we are hoping Apple adds a bigger battery to the successor. Also, Apple might choose to introduce Qi wireless charging feature for this smartphone.

The iPhone SE 3 was earlier tipped to launch this year, but fresh leaks deny the possibility of the same. A recent report from DigiTimes claims that iPhone SE 3 will launch in the first half of 2022.

The iPhone SE 3 is going to be Apple's next budget offering. It will be competing with a host of powerful Android devices in a similar price bracket. Keeping that and the previous pricing in mind, we expect the iPhone SE 3 to be priced around Rs 45000. For reference, the iPhone SE 2020 is currently priced at Rs 39900.