Recently, the apex court asked the finance ministry for its opinion on an interest-free moratorium. Mint takes a deep dive into this issue. 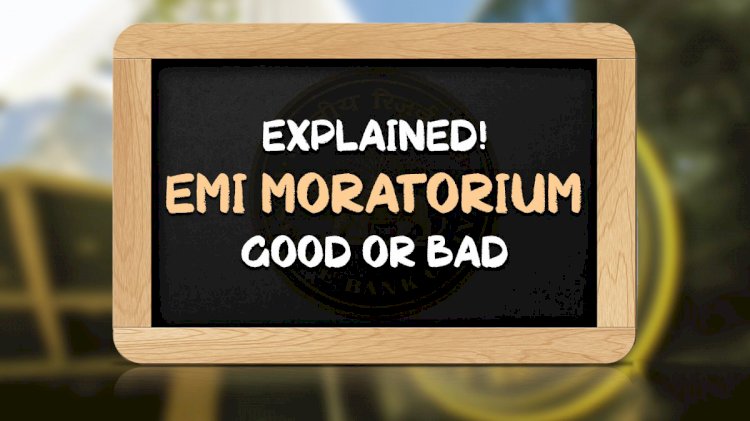 State Bank of India recently said that 21.8% of its overall borrowers and 21% of its retail borrowers had availed of the loan moratorium. Recently, the apex court asked the finance ministry for its opinion on an interest-free moratorium. Mint takes a deep dive into this issue.

Why have only a fifth opted for moratorium?

This is because the interest on the loan under moratorium accumulates and needs to be paid by the borrower. Let’s consider a home loan of ₹30 lakh to be repaid in 15 years. The rate of interest is 8.4%. The equated monthly instalment (EMI) to repay the loan works out to ₹29,367. The interest on the loan for the six-month moratorium amounts to ₹1.26 lakh. At the end of the moratorium, this amount is added to the home loan outstanding. Hence, the home loan outstanding now increases to ₹31.26 lakh. At 8% interest and an EMI of ₹29,367, the loan can now be repaid in 196 months instead of original 180 months.

Do number of EMIs go up if relief is opted for?

Indeed. In the example considered here, 16 more EMIs need to be repaid. This is the major reason why most borrowers haven’t opted for the moratorium. In case the loan has been taken from a non-banking financial company, (NBFC) the cost of taking on the moratorium is more because the lending rates of NBFCs are higher than that of banks. There have been demands that banks and NBFCs should not charge interest for the moratorium period. The Reserve Bank of India (RBI) has estimated that if interest is not charged on loans under moratorium, around ₹2.01 trillion will be lost across banks.

Should interest not be charged on these loans?

Any other possible repercussions here?

Around half of the household finance savings are held in the form of deposits. Any move to not charge interest on loans under moratorium can only be financed if no or lower interest is paid on deposits or if the government offers compensation to banks. If no interest is paid on deposits, it can lead to a complete breakdown of trust in the banking system, which must be avoided at all cost. The government is already stretched on the fiscal front and it will not be able to compensate banks at this time.

Farm loans are waived, why not interest?

When farm loans are waived, the state government needs to compensate the banks. Also, as the report of the Internal Working Group to Review Agricultural Credit points out: “Loan waivers…have affected the credit culture… with many borrowers withholding repayment in anticipation of a …waiver. This adversely affected the credit history of borrowers and their future prospects of availing (a) fresh loan." This sort of moral hazard must be avoided.

Vivek Kaul is the author of the Easy Money trilogy.

Sovereign Gold Bonds open for subscription today. Here’s what you need to know