The focus has shifted to private sector after moves to bar Chinese firms from government contracts. NEW DELHI: The Centre has asked industry to prepare a detailed list of all purchases from China and flag those critical to operations so that the government can identify non-essential imports that can be substituted with local products, said people with knowledge of the matter. This is among the many measures under consideration as the government steps up efforts to reduce the country’s dependence on China in the wake of the border crisis. 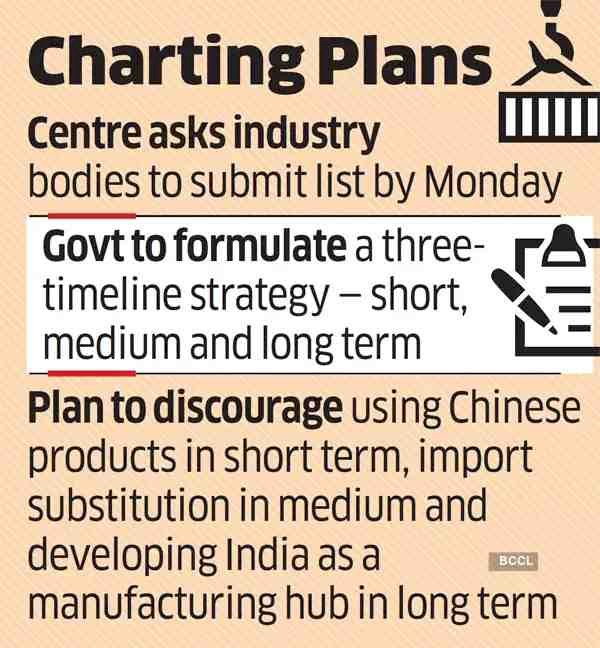 “In line with decision taken at the highest levels of the government to reduce our dependence on China, the DPIIT (Department for Promotion of Industry and Internal Trade) has reached out to trade associations, seeking a list of items imported from China ranging from automobiles, pharmaceuticals, toys, plastics, furniture etc by Monday,” a senior government official told ET.

The focus has shifted to private sector after moves to bar Chinese companies from participating in central government contracts.

Coronavirus pandemic will last less than two years: WHO...