Besides the general safety measures, the government is considering running classes on shift 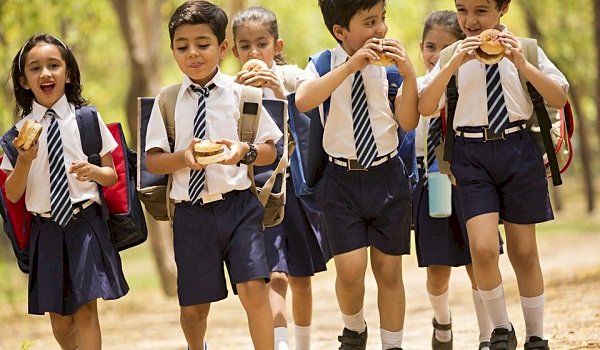 NEW DELHI : Union and state government may allow schools to reopen in a staggered manner with primary students resuming classes much later than the senior students.

Besides the general safety measures, the government is considering running classes on shifts in the initial few months after schools are opened, according to two government officials familiar with the development.

“Social or physical distancing among younger students is almost impossible and that makes this cohort of students a little difficult to manage. Besides, the learning loss for a nursery or standard two student when compared with a secondary or senior secondary student is limited," one of the officials citied above said, adding that it will be “certainly a key criteria to be accounted for while finalizing the rules".

“For the senior school students, a blended learning model – a mix of both physical and digital classroom instructions -- will be explored at least in the first few months when the new academic session gets going. Besides, the schools may run longer hours but fewer classes to stagger the entry of students and reduce crowding of the school space," said the second official.

Currently, around 290 million students are pursuing education at over 1.4 million schools. Educational institutions are closed since the third week of March and are yet to reopen. The home ministry guidelines issued last month has said that educational institutions are expected to open after July after due consultations with all the stakeholders and the health ministry.

According to the Right to Education Act, students from class one to five, cannot be detained if they fail. Besides, in a pandemic outbreak, putting young students at risk should be avoided, said the second official, adding that final decision may take some time after taking into account all the safety measures.

Authorities said the consultation process has already started and a round of meeting between human resource development ministry and the state education department officers is over.

“Obtained valuable suggestions from State governments regarding issues related to school education. Our priority has always been the safety and security of students and teachers," HRD minister Ramesh Pokhriyal tweeted.

Suggestions received by the ministry will be evaluated and sent to the home and health ministries for use during framing of guidelines, Pokhriyal said, adding that the syllabus and teaching hours is likely to be trimmed this academic year to reduce the burden on students.

“In an Indian context, younger students joining school late than their seniors will be a sensible idea. Schools are overcrowded and maintaining safety standards would be tough by anyone. Staggered opening of schools is a necessity in the present context, and parents are demanding that it also should happen when the corona-virus is under control not when infections are rising faster," said Manit Jain, founder of Heritage School in Gurgaon and head of school education committee at FICCI.

A recent survey by community platform LocalCircles has showed that 76% parents feel they don’t want schools to reopen till there are no cases for 21 days in their district and its vicinity. “Children, especially the younger ones, have a tendency of getting in close proximity of each other and implementing any social distancing protocols will be a big challenge for teachers and school administration," the survey has said.