India grew at 3.1%, the slowest in 11 years, in the March quarter, dragging the full-year expansion to 4.2% against 6.1% in FY19. The quarterly GDP data partially captures the impact of the covid-induced curbs, which began on 25 March. 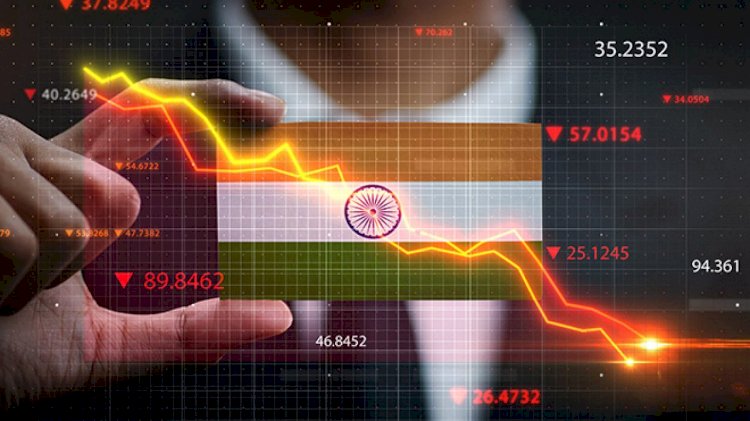 India’s economic growth slumped to 3.1% in the March quarter, the slowest pace in 11 years, even as fresh data suggested the economy may be headed for a major shock in the June quarter.

Data released by the statistics department showed gross domestic product (GDP) grew at 4.2% in the year ended 31 March, compared with 6.1% in the previous year, as private consumption slowed down and investment demand contracted even before the pandemic hit the economy. 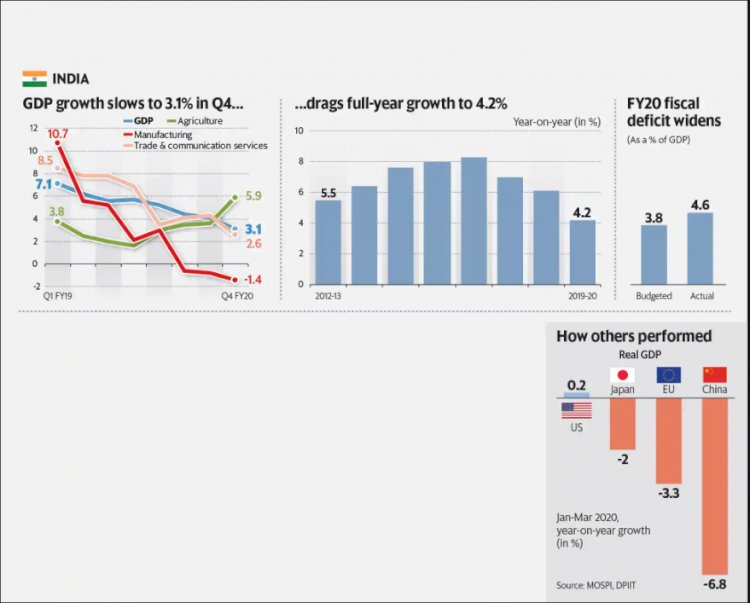 To add to the government’s woes, India’s fiscal metrics worsened beyond government’s estimates, with the fiscal deficit for FY20 widening to 4.6% of GDP against the finance ministry’s estimate of 3.8% of GDP, data released by the Controller General of Accounts on Friday showed.

The March quarter GDP partially captures the impact of the coronavirus-induced lockdown, which was formally imposed on 25 March and is now in its third month.

Manufacturing output shrank 1.4% in the quarter, the third straight contraction. Agriculture and government spending are the only silver linings, growing at 5.9% and 10.1%, respectively, in the March quarter.

The construction sector, the second largest employer after agriculture, contracted for the second straight quarter in the three months ended March at 2.2%.

Construction activity could further shrink in the June quarter because of the flight of migrant workers from cities.

While the fourth quarter GDP number beat estimates by most economists, National Statistical Office, which released the data, said the covid-19 pandemic and consequent nationwide lockdown measures have impacted data collections and, hence, the estimates for March quarter will undergo further revisions.

Although the government has eased restrictions in the fourth phase of lockdown, which is scheduled to end on 31 May, and allowed businesses to restart operations, economic activity remains crippled.

Goldman Sachs has pointed out that India’s stringent lockdown and tepid fiscal support, small when compared with even other emerging economies, may lead to GDP contracting by a massive 45% in the June quarter.

This was evident from the data released by the industry department on Friday for the eight infrastructure sectors, which contracted by a record 38.1% in April.

During the month, cement and steel outputs shrank 86% and 83.9%, respectively, while electricity and coal output fell 22.8% and 15.5%, respectively. India’s manufacturing Purchasing Managers’ Index, or PMI, fell to a record low of 27.4 April while merchandise exports contracted by 60% during the same month.

“We expect real GDP to contract by more than 6% in FY21, and record a shallow recovery thereafter in FY22. The biggest hit to growth will come from investments, as many small businesses, particularly in the informal sector, may find it difficult to remain solvent and those in the organized sector will see a collapse in profit due to the extended lockdown. As profitability plunges in 1H’20, it is unlikely that there will be a V-shaped recovery in the next six months, as was seen in the aftermath of the 2008 global financial crisis," said Kaushik Das, chief India economist at Deutsche Bank.

Economists have veered towards a consensus that India’s economy will face its worst recession in at least 40 years, contracting by at least 5% this fiscal.

On Thursday, S&P Global Ratings said the Indian economy will contract 5% in FY21, assuming that the ongoing outbreak in India will peak in the September quarter while Swiss bank UBS said India’s economy could shrink 5.8% during the current financial year amid weaker-than-expected domestic economic activity and the ongoing global recession.