An e-passport is the usual passport booklet that has an embedded microchip similar to a SIM card but with decrypted data. 20,000 Indian diplomats have already been using e-passports. 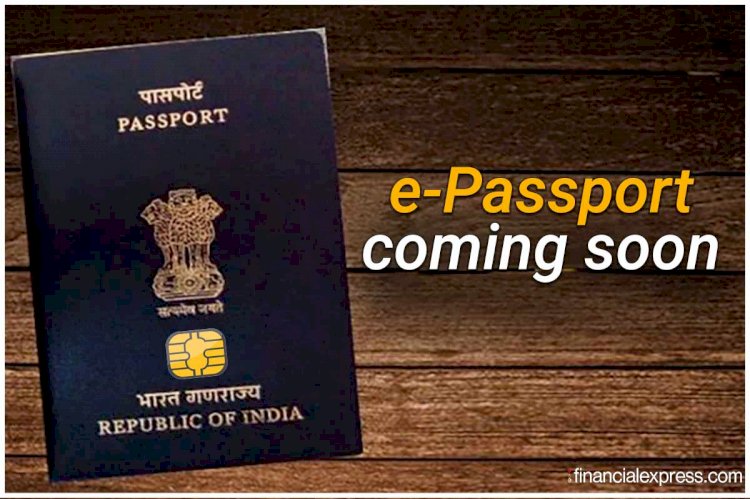 New Delhi: All Indian citizens are expected to get an e-passport when they go in for renewal or issuance of a new passport starting from 2021. The Indian government has already initiated the process and the infrastructure is in place to provide the upgraded and future-ready document to deter forgery, identity theft and better connectivity for a streamlined immigration process.

But what exactly is an e-passport? An e-passport is the usual passport booklet that has an embedded microchip similar to a SIM card but with decrypted data. 20,000 Indian diplomats have already been using e-passports and the trial period has passed without a glitch paving the path for making it the new norm.

The e-passport will be tougher, making it last longer and under greater duress as well as harder to destroy. The microchip will hold vital information related to the passport holder’s biometric data as well as security features to disallow unauthorized data transfer through RFID (radio-frequency identification). Most major airports have faster processing times for e-passport and e-visa holders due to higher level of automation from gaining access to immigrations areas to security checks because computerized authorization is much faster and also more secure.

The chip, visible on the front of the passport, also comes with an internationally recognized logo meant for e-passports. All procedures remain the same for obtaining a new passport from filing your application on the same Indian government website to choosing your date and location of the appointment.

All renewals or newly issued passports from 2021 will come integrated with the electronic microchip. The new e-passports will be following standard rules set by the International Civil Aviation Organization (ICAO). All 36 passport offices in India under the Ministry of External Affair will start issuing the e-passports soon.  The MEA also issues Indian passports via 190 Indian Missions and Posts abroad but a formal announcement or indication on when they will also start complying with the new standards for e-passports is yet to be confirmed.

The issuance time of getting your passport remains the same with no delays or disruptions caused due to the new system. Minister for External Affairs, S Jaishankar had emphasized the need for higher security protocols for passports and the need for e-passports being at the forefront of achieving that goal. The MEA is working with the Indian Security Press in Nashik, Maharashtra as well as the National Informatics Centre for e-passports to provide the network needed for advanced security features included in the e-passports.

The main goal of adding the electronic microchip in the passport is to keep a person’s data safe, protected and speed up immigration procedure times for stress-free travel. The Centre is setting up the IT infrastructure to be able to pump out up to 20,000 e-passports every hour. IT systems in Delhi and Chennai will lead the task, according to an Economic Times report. The target foreseen by the Centre has been to issue at least 10,000 e-passports per hour and 50,000 units per day but in times of need the hourly production can be ramped up to 20,000 units and 1,00,000 units day as well.