The 'shocking' bloodshed incident at the Line of Actual Control is a first to take place in the last 45 years. 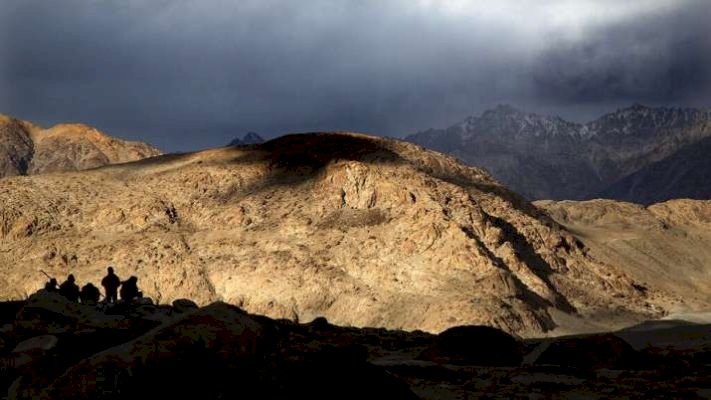 New Delhi: In a shocking development from eastern Ladakh, a Colonel-rank Army officer and two soldiers were killed during a violent clash with Chinese troops at one of the standoff points in the Galwan Valley. The officer killed was commanding an infantry battalion. The incident took place on June 15 night. The 'shocking' bloodshed incident at the Line of Actual Control (LAC) is a first to take place in the last 45 years.

Confirming the report, an Army official said that the incident came during the de-escalation process underway in the Galwan Valley and that senior military officials of both sides are currently meeting to defuse the situation.

According to sources, 3-4 casualties have been reported on the Chinese side too.

While calling India to not take unilateral action on the killing of its troops in the border standoff, China accused Indian soldiers of crossing border and attacking Chinese personnel, that caused the latest standoff.

Details of what exactly led to the violent face-off are not clear at the moment although reports state that no firearms were used and deaths took place after stones were pelted by troops from both sides.

A sizeable number of Chinese Army personnel even transgressed into the Indian side of the de-facto border in several areas including Pangong Tso.

The Indian Army has been fiercely objecting to the transgressions and demanded their immediate withdrawal for the restoration of peace and tranquillity in the area. Both sides held a series of talks in the last few days to resolve the row.

Union Defence Minister briefed Prime Minister Narendra Modi about the latest standoff at LAC. According to reports, Rajnath, who held a crucial meet with CDS, three service chiefs and the MEA, will also take part in PM Modi's meeting with Chief Ministers via video conference today at 3 pm today.

On the other hand, Army chief MM Naravane, who was scheduled to visit Pathankot, has cancelled his trip in view of the Ladakh incident.

Following the development, Union Defence Minister Rajnath Singh and Minister of External Affairs S Jaishankar chaired a meeting with Chief of Defence Staff General Bipin Rawat, the three service chiefs. The latest escalation on border standoff from the Chinese side was discussed during the meeting.

The agonizing development at the eastern Ladakh comes at a time when India and China are continuing diplomatic and military engagements for an early resolution of the standoff between border troops. However, despite their continuous dialogues, the border row seems to have been mounting up with June 16 witnessing bloodshed on both sides.

The two sides had made headway in talks last week with Army chief General MM Naravane saying disengagement was in progress. The development had come after weeks of tension, including an incident in the month of May in which patrolling troops from the two sides exchanged blows on the banks of Pangong Lake, resulting in injuries.

First incident of violence leading to fatalities between India and China in over four decades: