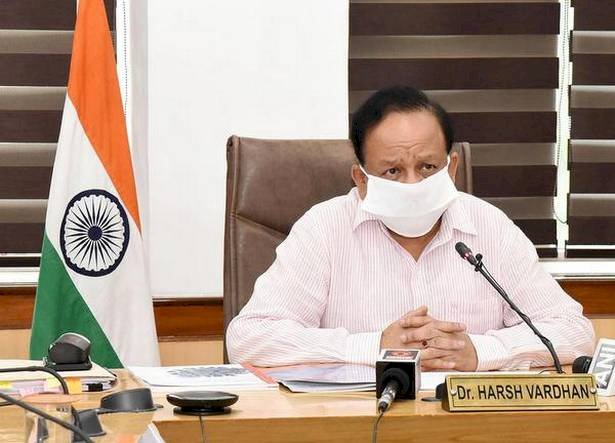 India has started issuing medical visas and is planning to soon restart E-Tourist Visas, Union health minister Harsh Vardhan said on Thursday. The move is in a bid to boost medical tourism in India that remained hard hit due to covid-19 pandemic.

The union health minister said that the advancements in India’s healthcare facilities have led to a spike in medical tourism in India. “India has always been a popular tourist destination, but over the last few years, it has also emerged as a leading destination for medical tourism. Advancements in our vast and vibrant healthcare industry has made it comparable with the best in the world," said Harsh Vardhan.

“Our education system that has been producing world-class doctors, nurses and paramedical staff is well recognized across the globe. Often called the pharmacy of the world, India is also one of the largest manufacturers of pharmaceuticals and supplies a large portion of vaccines across the globe," said the health minister adding that these strengths and capabilities have contributed to India emerging as a crucial place as far as medical tourism is concerned.

"To encourage the medical tourism further, we have already started issuing medical visas and are planning to soon restart E-Tourist Visas as well as scheduled international flights," said the minister.

Over the last decade, India has grown to become a sought-after destination for medical value travel and holds the fifth position among 41 major destinations across the globe. India was experiencing 22-25% growth in medical tourism and the industry was expected to reach USD 9 billion by 2020 before the covid-19 pandemic. Indian hospitals provide high-quality healthcare facilities at highly competitive prices- one fifth to one-tenth of costs in other countries, according to various reports.

India has already started vaccinating its population against covid-19 since January 16th, 2021. The exercise, the government said, will create herd immunity in the population with which the pandemic will be controlled. The economic activities have already resumed but after the pandemic is effectively is controlled, the economy can heal and get a reboot. India has already vaccinated over 98.5 lakh healthcare workers and frontline workers as of Thursday.

The covid-19 cases though continue to rise but the pandemic seems to recede if numbers are considered. The Daily Positivity Rate has also seen a constant decline in the last 7 days. From 1.89% on 1st February 2021, it has dropped to 1.69% as of today, the union health ministry data shows.

At least 12,881 new daily cases have been recorded in the last 24 hours and 86.61% of the new cases are from 6 States, according to the union health ministry. Kerala continues to report the highest daily new cases at 4,892. It is followed by Maharashtra with 4,787, while Tamil Nadu reported 454 new cases. 101 fatalities have been recorded in the last 24 hours. Five States account for 76.24% of the new deaths. Maharashtra saw the maximum casualties (40). Kerala follows with 16 daily deaths and Punjab with 10, the government said. Kerala and Maharashtra alone account for 75% of new cases, 72% of new recovered cases and 55% of new deaths.