Some initial information about Russia's Sputnik-V vaccine has been shared with India, says health ministry At present three Covid-19 vaccines are 'ahead in the race in India,' adds ICMR 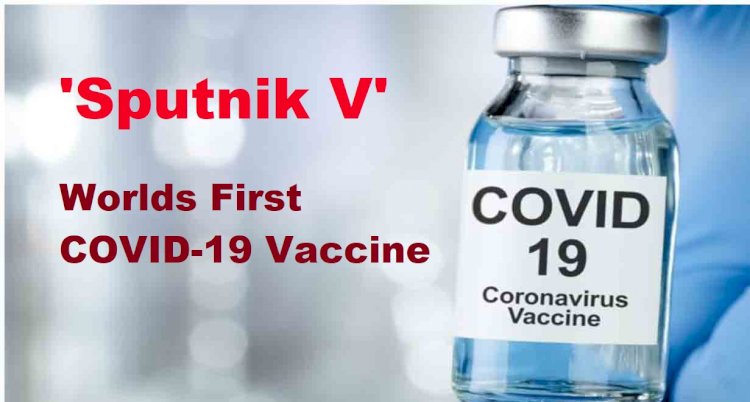 Amid the race to develop a vaccine against the novel coronavirus, Health Ministry today said that India is in conversation with Russia on lines of Sputnik-V covid-19 vaccine, which was earlier launched by Russian President Vladimir Putin.

"As far as Sputnik-5 vaccine is concerned, India and Russia are in communication. Some initial information has been shared," said said Rajesh Bhushan, Secretary, Union Health Ministry.

Russia had recently registered "world's first Covid-19 vaccine" and is now in the phase III trial of the vaccine, which involved more than 40,000 people at more than 45 medical centres around Russia, the TASS news agency reported earlier.

According to an earlier report, Russia is looking for a partnership with India for producing Covid-19 vaccine, Kirill Dmitriev, the CEO of the Russian Direct Investment Fund (RDIF).

Dmitriev said several nations are interested in the production of the vaccine from countries in Latin America, Asia and the Middle East.

"The production of the vaccine is a very important issue. Currently, we are looking for a partnership with India. We believe that they are capable of producing the Gamaleya vaccine and it is very important to say that those partnerships to produce the vaccine will enable us to cover the demand that we have," he said.

He also said Russia is looking forward to international cooperation.

"We are going to do clinical trials not just in Russia but also in the UAE, Saudi Arabia, probably in Brazil and India. We are planning to produce the vaccine in more than five countries and there is a very high demand from Asia, Latin America, Italy and other parts of the world regarding the delivery of the vaccine," he added.

Dubbed as Sputnik V, the vaccine is developed by Gamaleya Research Institute and the Russian defence ministry. Russia registered the vaccine after less than two months of human testing. The results of initial trials have not been made public yet.

Earlier, the Indian Medical Research Institute (ICMR)'s director general Balram Bhargava had said, "Russia has fast tracked a vaccine which has been successful in its early phases. They have fast tracked its development."

Apart from that, the ministry also mentioned that India has also ramped up the development of its Covid-19 vaccine. At present three COVID-19 vaccines are "ahead in the race in India," said Dr Bhargava.

The Serum Institute's vaccine is in phase 2(B) and phase 3 trials and Bharat Biotech and Zydus Cadila's vaccines have completed phase 1 trial, informed Dr Bhargava.

Meanwhile, the Covid-19 vaccine being developed by the University of Oxford and AstraZeneca could be put before regulators this year if scientists are able to gather enough data, said the director of the Oxford Vaccine Group.

In terms of the country's Covid-19 situation, the ministry said that while tests for detection of Covid-19 have increased exponentially, there has been steady decline in country's positivity rate.

"Recovered Covid-19 cases are 3.4 times the number of active cases in the country," said a ministry official.

For the first time, country's active cases of Covid-19 have reduced by 6,423 within a span of 24 hours, said Secretary, Union Health Ministry. Active cases are only 22.2% of the total cases. The recovery rate is now more than 75%, he said.