India, however, is mulling economic measures, including limiting China’s access to its vast market, even as its armed forces went into a state of high alert to deal with any threat to national security following the significant escalation of the border conflict with China. 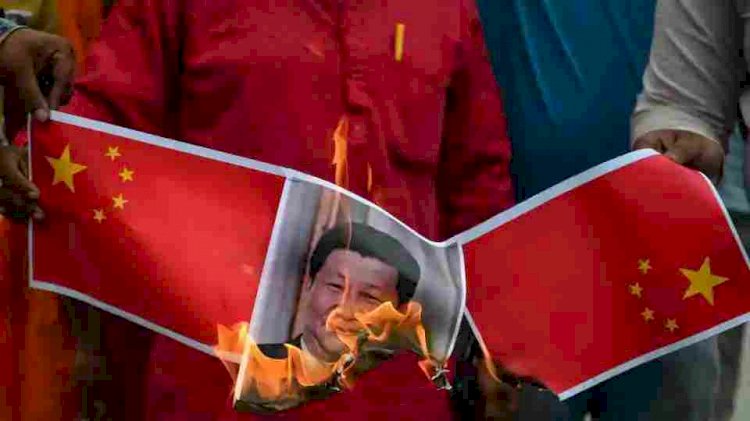 With external affairs minister S Jaishankar speaking with his Chinese counterpart Wang Yi on Wednesday for the first time since the troop build-up along the Line of Actual Control (LAC) began several weeks ago, people familiar with developments said the focus is expected to remain on bilateral efforts to defuse the crisis.

India, however, is mulling economic measures, including limiting China’s access to its vast market, even as its armed forces went into a state of high alert to deal with any threat to national security following the significant escalation of the border conflict with China after 20 Indian soldiers were killed in a brutal clash with Chinese soldiers on June 15.

The army has strengthened its posture across the length of the Line of Actual Control (LAC) where reinforcements have been sent, the Indian Air Force is keeping its contingency plans ready and the navy is also on an operational alert in the Indian Ocean region where scores of warships are ready for any task, three military officers said on Wednesday on the condition of anonymity.

On the economic front, at least 100 Chinese products are staring at anti-dumping action and future investments from China, including participation of its firms in big and important projects such as the 5G market, could be barred, four government officials said, asking not to be identified.

India will, however, not resort to any knee-jerk reaction. It will take well considered action at an appropriate time, necessary to protect integrity and sovereignty of the country and its national interest, the officials added.

“ Hopefully, good sense will prevail (upon China). We have several options and we will not hesitate to exercise them depending on the situation,” one of the government officials said.

But New Delhi is hoping that the two countries will be able to work out a solution at the diplomatic level that doesn’t compromise India’s interests or position, the people cited in the first instance added. They described the call between the two foreign ministers as an effort to clear the air after Monday night’s violent face-off .

Though there have been behind-the-scenes contacts involving the two foreign ministries and the Chinese mission in New Delhi and the Indian embassy in Beijing, the first public diplomatic contact between the two sides on the border stand-off was the video conference between joint secretary (East Asia) Naveen Srivastava and his Chinese counterpart Wu Jianghao on June 5.

This contact was under the Working Mechanism for Consultation and Coordination (WMCC) on India-China border affairs. The people cited above said WMCC and the Special Representatives mechanism are among several bilateral mechanisms that can now be used to carry forward efforts to address the border issue.

“If needed, there can also be bilateral contacts at a higher level,” said one of the people.

India has traditionally kept away from multilateral forums to address bilateral issues, particularly border disputes. This was the reason why US President Donald Trump’s recent offers to mediate between India and China were immediately rebuffed by New Delhi. However, the possibility of quiet back channel contacts with other countries to get China around to a negotiated settlement is something experts haven’t ruled out.

On Wednesday, the UK expressed concern at the border stand-off. A British high commission spokesperson said: “We encourage China and India to engage in dialogue on issues relating to the border – violence is in no-one’s interest.”

China is interested in a solution because of the economic stakes it has in India. Over the past two decades it is the country’s economic prowess, not military might that has made China a global superpower, and the country recognises that. Those stakes could be it.

Already, with this latest Chinese offensive, the chances of Chine telecom equipment maker Huawei’s participation in the multi-billion dollar 5G project in India are bleak, a second official with direct knowledge of the matter said. “Besides economic interests, this project also involves serious security concerns,” this person added.

A third official said the Beijing’s aggression is ill timed for China. “It came at a time when New Delhi is aggressively pursuing an economic policy of self-reliance, anti-China sentiments have gripped major global economies such as the United States, and it is the prime suspect for spreading the Covid-19 virus,” he said.

Traders are also against China. The Confederation of All India Traders (CAIT), a powerful lobby of 70 million local traders, has decided to step up its nationwide movement against the boycott of Chinese goods, CAIT national secretary general Praveen Khandelwal said. CAIT has released a list of over 450 commodities that can be sourced locally: fast moving consumer goods, toys, textiles, builder hardware, footwear, apparel, kitchenware, luggage, hand bags, cosmetics, gift items, electrical and electronics.

Both ministries of finance and commerce are already taking action against the influx of Chinese goods that is injuring domestic industry. “Imports of more than 100 goods are under various stages of anti-dumping action,” a fourth official said.

India could extend anti-dumping duties and safeguards on more than two dozen Chinese goods this year that range from calculators and USB drives to steel, solar cells and Vitamin E amid concern that a flood of imports would kill domestic manufacturers who will lose duty protection soon against such products. Anti-dumping duties on these products were imposed five years ago and are expiring this year.

Email queries sent to ministries of finance and commerce did not elicit any response.

But Mohit Singla, chairman at the Trade Promotion Council of India (TPCI), said economic decisions must be driven by pragmatism and practical consideration and it was a wrong call to boycott Chinese products as many industries are dependent on imports from that country.

Singla added that India should not ignore any investment from China. “Any equity investment is about adding value to the Indian companies, which is much more important and needed,” he said.

Anupam Manur, assistant professor at Takshashila Institution, said, “As much as the popular sentiment and political will dictates, India is not in a position to hurt China economically, and therefore we should carefully consider our economic position. The key question to ask would be the cost imposed on our own society in an attempt to hurt another country.”

He said by attempting to boycott Chinese goods, India will hurt its own citizens more than the Chinese government. “Every essential item that we import from China will become more expensive and the reality is that we cannot find credible domestic alternatives overnight.”

On curbing Chinese investments, he said, “Chinese investment is a lot trickier than import of goods, as in many cases, it is impossible to distinguish between a private player and the Chinese government.”

“Nonetheless, at a time when India’s investment rate is low and falling, it would be unwise to turn away investments. Therefore, instead of a blanket ban on Chinese investments, the Indian government can use a lot more discretion based on the sector and the level of investment. Sensitive sectors such as banking, telecommunications and defence should attract greater scrutiny, while investment in ‘dumb’ infrastructure such as roads can get an easier pass,” he said.

India-China bilateral trade is heavily tilted in favour of China. According to trade figures released by the General Administration of Customs of China (GACC) in mid-January 2020, India’s trade deficit with China was $56.77 billion in 2019; bilateral trade amounted to about $92.68 billion last year, a 1.6% annual increase.

But even as it discusses an economic route to hurting China, New Delhi is ensuring its armed forces are prepared.

The government has given financial powers to the armed forces to make critical purchases to plug capability gaps and emergency procurements are likely to be fast-tracked, said one of the military officers cited.

He added that the armed forces were prioritising key purchases to stay prepared for any eventuality. Chief of defence staff General Bipin Rawat is responsible for integrating and prioritising the acquisition requirements of the three services.

The officer said that the possibility of China asserting its so-called claims in other sectors of the LAC cannot be ruled out, given the current belligerent stand of the neighbour and its unwillingness to de-escalate in the Ladakh sector.

“We have improved our posture in all sectors, from Ladakh to Uttarakhand, Sikkim and Arunachal Pradesh. We are ready for any task,” he said.

He said rules of engagement and standard operating procedures for forward deployed troops were also being revisited to allow soldiers to deal with situations that may unfold along the disputed border.

The IAF is also leaving nothing to chance and it is ready to swing its assets into service at short notice, said the second military officer .

The navy already has warships positioned along critical sea lanes of communications and choke points in the Indian Ocean Region under its mission-based deployment and the vessels could be diverted for any mission, said the third military officer. The navy has its warships deployed from as far as the Persian Gulf to the Strait of Malacca and northern Bay of Bengal to the southeast coast of Africa, he added.

While Indian military planners said it was unlikely that Pakistan could resort to any adventurism, all border aspects and developments are being closely monitored.

Taxation Bill passed in Lok Sabha to provide relief to...