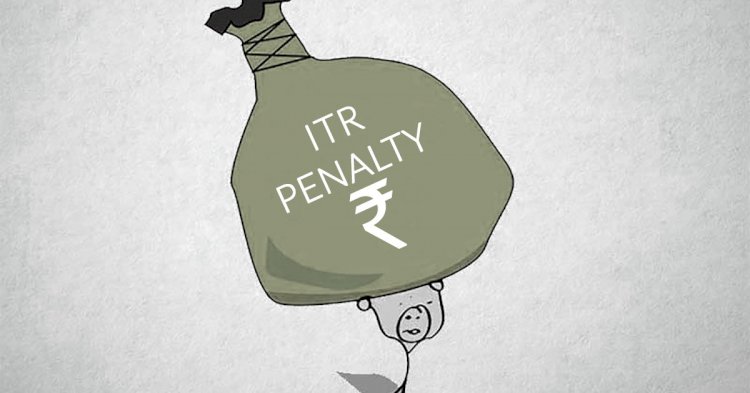 NEW DELHI: The Income Tax Department has brought out a "faceless penalty scheme" to handle recommendations for penalty issued under its faceless assessment programme.

The scheme notified on Tuesday seeks to ensure that any orders arising from the faceless assessment of taxable income is foolproof and has undergone multiple layers of review before a penalty is confirmed or dropped.

Under the scheme, a National Faceless Penalty Centre and various regional units will be set up. This centre will allocate a recommendation for penalty made under the faceless assessment initiative to its regional units which can confirm or reject the penalty. The national centre can also refer the recommendation from its penalty unit for review and modification by another unit before finally passing an order in the case confirming or dropping penalty, as per an official order.

The tax department scaled up its faceless or e-assessment programme in 2019 to eliminate personal bias and subjectivity in tax assessment proceedings by randomly allocating cases to field officers and eliminating physical interface between taxpayers and officials. Personal hearings can be sought under the scheme which a senior tax official is empowered to grant. The faceless assessment was later complemented with a faceless appeals scheme as well. Now the faceless penalty scheme has been added.

Of the 58,000 cases identified for faceless assessment in the first phase, final orders have been passed in more than 24,700 cases through a faceless system. In 94% of these cases where final orders have been passed, the explanations given by taxpayers to email notices have been accepted and no addition of income or imposition penalty has been made, finance secretary Ajay Bhushan Pandey had told Mint in an interview published on 1 January. Only in 6% of the cases, which is about 1,500 cases, understatement of income has been observed and necessary addition of income and penalty has been imposed, Pandey had said.

Direct and indirect tax authorities have been increasingly relying on automation and technology for assessments. This is supported by extensive data collection about transactions in the economy by way of reporting requirements placed on various agencies and by collection or deduction of taxes at source. This enables the authorities to detect mismatches and quickly identify tax irregularities.

The concerted approach by income tax and GST authorities aims to improve the formalisation of economic activities which will help in widening the tax base.

India puts ban on import of 101 defence items to boost...