In lockdown 5.0, states ask for curbs only in containment zones

In the ongoing phase of the lockdown, the Centre gave authority to the states to demarcate zones based on the severity of cases, and within a set of broad guidelines, allowed states to frame their own rules on the extent of activity allowed. 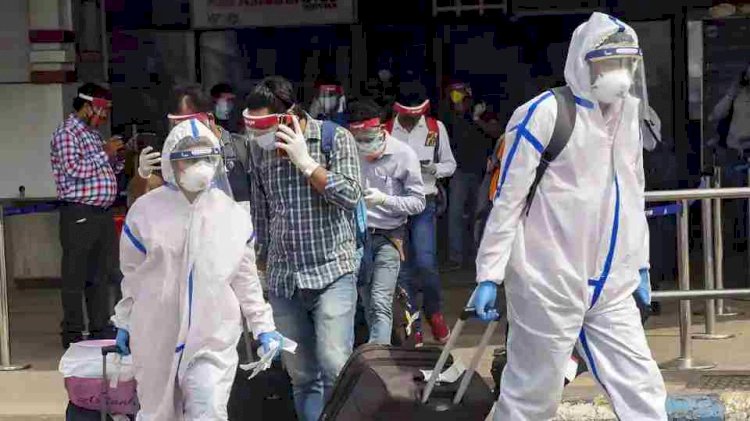 With lockdown 4.0 drawing to an end on May 31, state governments are considering, if central guidelines allow, the imposition of restrictions only in the containment zones and allowing a range of activities elsewhere, including opening more markets, enabling more inter-state transport facilities, allowing more commercial activity, and possibly even religious places with social distancing norms, said officials of a range of state governments.

They are also planning the eventual opening of schools in a month.

In the ongoing phase of the lockdown, the Centre gave authority to the states to demarcate zones based on the severity of cases, and within a set of broad guidelines, allowed states to frame their own rules on the extent of activity allowed. Several states allowed the resumption of private transport; limited public transport; shops (except in malls and shopping complexes) and industrial activities. The Centre, in this period, also resumed the operation of domestic flights. But the focus now shifts to the next phase.

The Chhattisgarh government has decided that shops will be allowed to open six days a week with physical distancing from Thursday onwards. “Resumption of commercial-economic activities will also help in reviving economy and providing employment in the state. The idea of restarting maximum number of industries in the state was also discussed,” said a senior official of Chhattisgarh government.

In Jammu and Kashmir, a government official said that except shopping malls, multiplexes, restaurants, schools, colleges and gymnasiums, everything else will be allowed. “Quarantine rules by and large shall also remain the same, that is, 100 percent testing of returnees followed by 14 day administrative quarantine or paid quarantine. Following test reports, people are being dealt accordingly. Positive cases are being hospitalized and negative cases are being sent to home quarantine for 14 days,” he said.

Kerala chief minister Pinarayi Vijayan said he got representations from many religious leaders to open shrines, churches and mosques but they will have to wait for some more time. Similarly, television and film production units have also sought the government’s permission to resume, saying the two-month-long lockdown has virtually crippled the industry.

Unlike the past, when Telangana chief minister K Chandrasekhar Rao was the first to announce extension of the lockdown, on Wednesday, Rao announced that he will wait for Centre’s regulation on the next phase of relaxations. Officials said all shops except those in malls and around the clock movement plying of the state run buses and taxis will, in all likelihood, be allowed. Shooting of films and television products will be allowed from June 1, said minister for cinematography T Srinivasa Yadav. No permission would be given for cinema theatres, function halls, places of worship and other areas of public gathering.

In Rajasthan, the lockdown will be reduced to only two categories “curfew and non-curfew zone”. “In non-curfew zone, almost all activities will be allowed,” an official familiar with the decision, but who was not willing to be named, said. Also, the hours for public movement would be increased by two hours — 6am to 8 pm, which currently is 7am to 7pm. This, however, Gujarat government will continue with lockdown 4.0 restrictions in containment areas.

In Odisha, which has seen a spurt in Covid cases in the past fortnight with the return of migrant workers, lockdown 4.0 norms are likely to continue. “For us, the scope for allowing any new activities is limited as we want to see and stabilise the situation for at least a fortnight more,” said a state government official, who was not willing to be named.

Officials in some states such as Andhra Pradesh, Punjab and Gujarat said they are yet to decide on lockdown 5.0. Punjab’s additional chief secretary, home, Satish Chandra said nothing can be said at this moment as there is some time left. “The state has already allowed all activities except those prohibited by the Union home ministry throughout the country. Let’s see which of these activities are allowed by the centre after May 31,” Chandra said.

To be sure, all these measures are contingent on central guidelines.

One other area of attention among state governments is schools to ensure that the academic calendar is not disrupted and students can get back. To be sure, the summer break is on in many parts of the country and there is a window of a month, but states believe it is important to plan the opening up.On Thursday, Chattisgarh chief minister Bhupesh Baghel said announced all schools will open in the state from July 1. Earlier this week, the Uttarakhand government issued directions that schools should not be used as quarantine centres after June 15. Karnataka has also sought Centre’s permission to re-open the schools from July 1.Haryana education minister Kanwar Pal on Thursday said they will seek Centre’s permission to open the schools. Jharkhand and Maharashtra have also said that the government was planning to allow limited activities in schools from July 1.