Due to huge demand and high price of these kits, National Health Mission, Assam, had asked IIT-Guwahati to develop them. 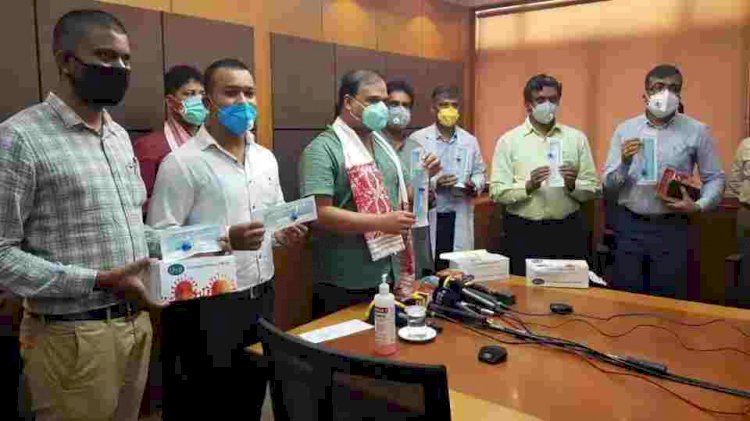 In order to boost testing capabilities, Indian Institute of Techonoly-Guwahati (IIT-G) has developed several low-cost and high-quality ‘Made in Assam’ Covid-19 kits.

The institute has developed viral transport media (VTM) kits, RT-PCR kits and RNA isolation kits. The first lot of 20,000 VTM kits, used to keep the collected nasal and throat swab samples, was handed over to Assam government on Wednesday.

“This is a very good development. Till now we were procuring all our VTM kits from outside the state. We faced some problems in sample collection during the initial lockdown phase because of paucity of VTM kits,” Assam health minister Himanta Biswa Sarma said while launching the kit on Wednesday.

“This is an indigenous ‘Made in Assam’ product. We need nearly 10,000 VTM kits daily. Once they are made on a mass scale we won’t have to but from outside. Earlier each kit used to cost us Rs 206, but now we can get them for Rs 140 per unit,” he added.

Due to huge demand and high price of these kits, National Health Mission (NHM), Assam, had asked IIT-G to develop them. Incidentally, the institute was already working on developing the kits, but the request from NHM speeded up the process.

According to IIT-G, the VTM kit is suitable for collection, transport and long term freezer storage of the swab samples. The formulation of the transport medium helps in preserving viability of viruses for up to 72 hours (at refrigerated temperatures), said a release from the institution.

“In addition to the VTM kits, we will also deliver the RNA isolation and RT-PCR kits to the Assam government. This would help in boosting large scale testing capacities and prevent spread of the pandemic,” Parameswar Krishnan Iyer, professor at department of chemistry and centre for nanotechnology, said.

Assam has ramped up its testing facilities in recent weeks and nearly 10,000 tests are being conducted daily. Till Tuesday 4,511 Covid-19 positive cases have detected in the state. There have been eight deaths and 2,412 recoveries.

‘No compromise on borders’: PM Modi spells out India’s stance on row with China