While Maruti Suzuki has its prolonged brand image, Hyundai has not been laying back either. Hence, we stack up the duo against each other to see how they fair. 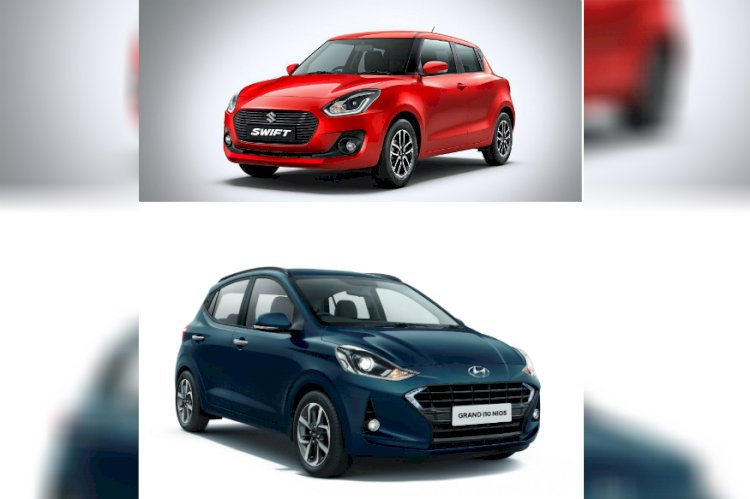 Hyundai has launched the Grand i10 Nios in India at Rs 5 lakh (ex-showroom pan-India). The third-gen i10 will be sold along the previous one with the latter being assigned exclusively for fleet purposes. The Grand i10 Nios comes with a host of changes both cosmetic as well as mechanical. The car will be available across seven petrol and three diesel variants. The car will go up against the likes of Maruti Suzuki Swift, Ford Figo among others. Both the Grand i10 and the Swift have been handsome performers for their respective companies in the hatchback segment in India. While Maruti Suzuki has its prolonged brand image that calls for a sweet deal that weighs light on your pocket, Hyundai has not been laying back either. Hence, we stack up the duo against each other to see how they fair.

The Nios ships with BS-VI compliant 1.2-litre engine in both petrol as well as diesel guise. The engines will come mated either to a five-speed manual or an AMT. The two engine options are available across 10 variants which includes seven variants of the petrol and three of diesel. For the first time in its life cycle, Hyundai will provide the diesel engine with an automatic transmission in the Sportz trim. The petrol and the diesel engines output 81bhp and 113Nm of torque.

The Swift, on the other hand, is available in thirteen variants that include 7 petrol and 6 diesel versions of a 1.2-litre block. While the Nios has been launched with BS-VI compliant petrol engines without any plans of dumping the diesel ones due to the new norms, the Swift is expected to lose out on the diesel powertrains, falling in line with the company's decision to be independent of diesel engines after April 2020. Both the diesel and the petrol engines churns out 82bhp and 114Nm of torque.

The Swift gets a 7-inch infotainment system with Maruti Smartplay. The recently-launched BS-VI version comes with a co-driver seatbelt reminder, a speed alert system, and rear parking sensors as standard. Ahead of this, the car shipped with just two airbags, ABS with EBD and driver seatbelt reminder, where features such as the rear parking sensors were only available with the top-spec ZXi and ZDi models.

Indian Government has Not Set Any Deadline to Launch Electric Vehicles: Official