How a covid vaccine discovery can affect various asset classes 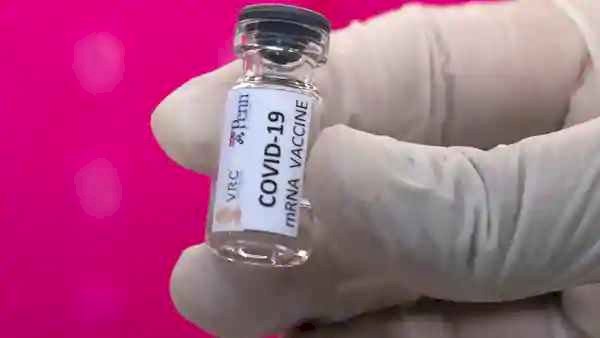 The world is eagerly waiting for the discovery of a covid-19 vaccine in the hope that normalcy will return soon after. While experts say that it will definitely boost the economy, the impact may not be positive for all investment asset classes. For instance, gold, which has had a dream run this year, may correct, while equity might see a rally in the short-term as it may have already factored in the vaccine discovery event. Further, there may not be room for further cuts in interest rates, which are already at historic lows. This may impact investments such as debt funds, which perform well when interest rates plummet.

Here’s how various asset classes are likely to react and what you should do to be prepared.

Experts believe that gold prices may correct post the discovery of an approved vaccine. “As the uncertainty over the pandemic has supported the price of gold, the discovery of vaccine may result in a correction of gold prices. Gold had a substantial run over the past one year and as no asset class can move in a straight line forever, gold prices are expected to correct as soon as an approved vaccine is discovered," said Chirag Mehta, senior fund manager, alternative investments, Quantum Mutual Fund.

Gold prices closed at an all-time high of ₹55,922 per 10gram on 7 August. The yellow metal has already rallied 34% this year, as on 20 August, as its demand has increased due to the uncertainty over the impact of the covid-19 pandemic on the economy and the ongoing geopolitical tensions between the US and China.

However, we saw gold correct sharply as the news of Russia discovering a vaccine came in. It corrected over 6% and close to ₹3,500 per 10gm in a matter of five days. However, the metal has gained some footing since then as gold futures are expiring on 5 October 2020, and is currently hovering around ₹53,300 per 10gm.

Mehta believes that the correction in gold prices after the discovery of the vaccine may be temporary and may not be sharp as economies across the globe have been under stress even before covid-19 set in. “In order to support economic growth, countries will continue to hold interest rates low. Plus, the printing of currencies, especially the US dollar, to fund economic stimulus will support gold prices over the next two-three years," said Mehta.

Experts believe that the recent correction in gold prices has more to do with the speed of the rise. “The rally in gold prices was so steep it has overshot its fundamentals as of now. Investors took off some of the money from the table leading to steep correction," said Kishore Narne, associate director and head, commodities and currencies, Motilal Oswal Financial Services Ltd. The brokerage remains bullish on gold with targets of close to $2,450 by the end of 2021. In rupee terms, this could be ₹65,000-68,000 per 10gm.

Experts believe that corrections in gold prices could be used as an opportunity to invest. However, advisers say investors should limit their gold allocation to 10-15% of their portfolio.

The equity market has seen a sharp recovery from the lows it touched in March. S&P BSE Sensex corrected around 38% from its peak in January to touch a low on 23 March. It has recovered around 47% between then and 20 August. Experts feel that the discovery of the vaccine will be a positive for the equity market but there may not be a sustained rally.

“I think the markets have already factored in the fact that a vaccine is expected to come out soon. It’s just a matter of time," said Srinivas Rao Ravuri, chief investment officer, PGIM India.

Madan Sabnavis, chief economist, Care Ratings, agreed. “The market has already buffered in such a solution in the last couple of months and hence the upside may not be as large as what it was when it turned the corner," he said.

Ravuri believes that we may witness a correction in the near term, even if a vaccine is discovered, as the current rally is not supported by near-term fundamentals. The trigger could be reversals of liquidity resulting in foreign institutional investors’ exit and significant fund-raising by corporates, said Ravuri.

Advisers are asking investors to stick to their asset allocation to tide over the volatility. “Any such run in the market cannot last long because sooner or later the market has to perform based on the performance of various companies. Investors need not be greedy but be disciplined with their investments and stick to the asset allocation and regular monthly investment to average out the cost of investment," said Melvin Joseph, a Sebi-registered investment adviser and founder of Finvin Financial Planners.

Mahendra Jajoo, chief investment officer, fixed income at Mirae Asset Investment Managers (India) Pvt. Ltd, said debt markets can expect a neutral or status quo environment. “For economic recovery, there is a need to keep interest rates low as we would need a stable rates environment to support growth. Increase in interest rates may halt recovery. They may not come down further but may not go up either," he said.

As interest rates are unlikely to go up in the near future, some traditional debt products such as bank fixed deposits are expected to continue giving low interest rates. In this scenario, debt funds may be a better fit as they are more tax-efficient than bank FDs.

Governments across the world are trying hard to discover a vaccine for covid as soon as possible. Investors should be ready to tide over the volatility across asset classes. Stick to your asset allocation in line with goals and take the help of an adviser to invest in the right products.

Re-using a mask could cause 'Fungus', Avoid infection by...