Hookah More Toxic Than Other Forms of Smoking Tobacco: Study

The researchers analysed emissions during a typical hookah session and found that one draw from a pipe contained as many noxious substances as a cigarette. 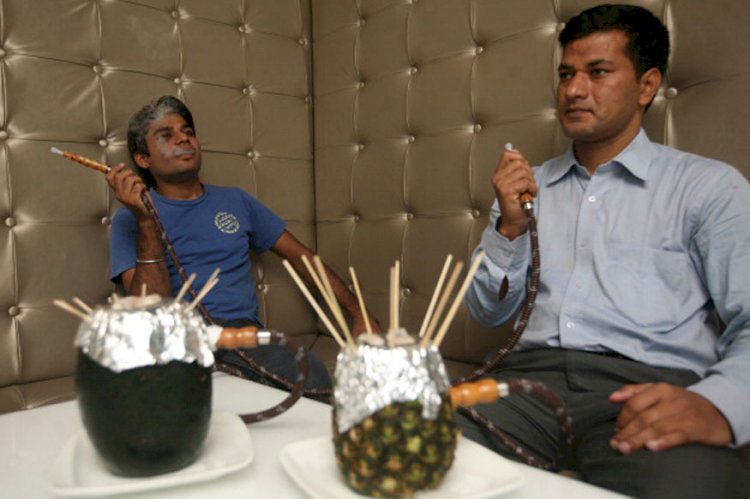 While the popularity of hookah (tobacco pipe) has increased in recent years, researchers say it may be more dangerous than other forms of smoking tobacco. Using a custom-built testing device, the researchers analysed emissions during a typical hookah session and found that one draw from a pipe contained as many noxious substances as a cigarette.

Hookah mainstream smoke, which is directly inhaled, has many toxic and harmful chemicals, like nicotine that can lead to tobacco addiction, irritating carbonyl compounds, and benzine, a known carcinogen," said study lead author Veronique Perraud from University of California.

"Due to the greater volume inhaled in every puff and the longer duration of a smoking session, the hookah often delivers a higher dose of those chemicals to the smoker," Perraud said.

It also produced large quantity of carbon monoxide, mainly from the burning of charcoal to heat the tobacco or herbal mixture in its bowl. The study, published in journal Aerosol Science and Technology, also referred to several cases of carbon monoxide intoxication.

In addition to testing ordinary tobacco, the group also studied a nicotine-free herbal mixture, marketed as a healthier alternative, and discovered that it produced even higher levels of toxic gases. The study is the first to characterise ultra-fine particles (with a diameter smaller than 100 nanometers) in the inhaled smoke.

The researchers measured the chemical composition of gases and solids emitted during a hookah session in real time. "Through our technique of testing emissions in the beginning, midpoint and end of a smoking session, we were able to show that a smoker is exposed to a higher quantity of ultra-fine particles during the first 10 minutes compared with the rest of the session," she said.

According to the study, these miniscule particles can pose significant health risks by making their way deep into the pulmonary system and by readily crossing the blood-brain barrier.