Have Zero-Balance Or Basic Savings Accounts? Banks Are Slapping Charges For These Services

While State Bank of India (SBI) has collected over Rs 300 crore from among nearly 12 crore Basic Savings Bank Deposit Account (BSBDA) holders during the period 2015-20, India's second-largest public sector lender Punjab National Bank (PNB), which has 3.9 crore BSBD accounts, collected Rs 9.9 crore during the same period. If you have Zero-Balance Or Basic Savings Accounts in State Bank of India (SBI) and Punjab National Bank (PNB), you must remain aware of these charges. 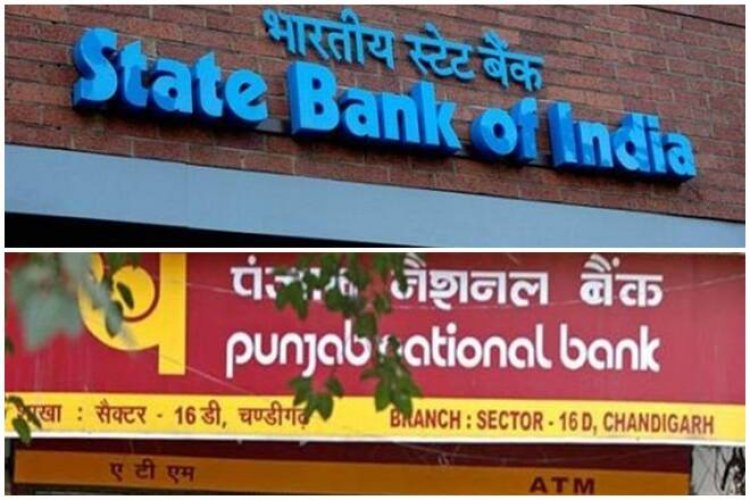 NEW DELHI: In a not so good news for zero-balance or Basic Savings Bank Deposit Accounts (BSBDA) holders, several banks, including State Bank of India (SBI) and Punjab National Bank (PNB), have been imposing excessive charges on certain services provided to these accounts, PTI reported citing a study by the IIT-Bombay. The study has also claimed that the SBI’s decision to levy a charge of Rs 17.70 for every debit transaction beyond four by the BSBDA account holders cannot be considered as “reasonable.

It highlighted that the imposition of service charges resulted in undue collections to the tune of over Rs 300 crore from among nearly 12 crore Basic Savings Bank Deposit Account (BSBDA) holders of SBI during the period 2015-20.

“There had been systematic breach in the RBI regulations on BSBDAs by few banks, most notably by the SBI that hosts the maximum number of BSBDAs, when it charged @ Rs 17.70 for every debit transaction (even via digital means) beyond four a month.

“This imposition of service charges resulted in undue collections to the tune of over Rs 300 crore from among nearly 12 crore BSBDA holders of SBI during the period 2015-20, of which the period 2018-19 alone saw a collection of Rs 72 crore and the period 2019-20, Rs 158 crore,” the study by IIT Bombay professor Ashish Das stated.

Levying of charges on BSBDA is guided by September 2013 RBI guidelines. As per the direction these accounts holders are ‘allowed more than four withdrawals’ in a month, at the bank’s discretion provided the bank does not charge for the same.

“While defining the features of a BSBDA, the regulatory requirements made it amply clear that in addition to mandatory free banking services (that included four withdrawals per month), as long as the savings deposit account is a BSBDA, banks cannot impose any charge even for value-added banking services that a bank may like to offer at their discretion,” the study said.

The RBI considers a withdrawal, beyond four a month, a value-added service, it said.

“We assess the dereliction in SBI’s duty towards the PMJDY when the BSBDA users were unduly (and against the extant regulations) forced to part with such high charges for their day-to-day (noncash) digital debit transactions that the bank allowed in a BSBDA,” it said.

SBI, in breach of RBI regulations set forth as early as 2013, had been charging the BSBDA holders for every debit transaction beyond four a month, it said, adding, the charges were as high as Rs 17.70 even for digital transactions like NEFT, IMPS, UPI, BHIM-UPI and debit cards for merchant payments.

“On the one hand, the country strongly promoted digital means of payments, while on the other hand, SBI discouraged these very people, to transact digitally for their day-to-day expenditures, by charging an exploitative Rs 17.70 per digital transaction. This dwarfed the spirit of financial inclusion,” it said.

The RBI’s nonchalant attitude to supervise its own regulations encouraged other banks to become unreasonable towards charges beyond four debits a month, it said.

For example, it said, effective January 1, 2021, IDBI Bank’s Board of Directors considered it reasonable to impose a service charge of Rs 20 for every non-cash digital debit (including UPI/BHIM-UPI/IMPS/NEFT and debit card use for merchant payments).

Even ATM cash withdrawals come at an exorbitant fee of Rs 40. Needless to mention that the bank also imposes a debit freeze beyond 10 debits a month by IDBI Bank.

“Although not by intent, but in practice RBI has allowed victimisation of these BSBDA customers despite being duty-bound to protect them. Two of its specialised departments – the ‘Consumer Education and Protection Department’ and the ‘Financial Inclusion and Development Department’ – allowed this to continue over years even though RBI regulations for “ensuring reasonableness of service charges” were in place,” the study claimed.

When SBI charged for every UPI/BHIM-UPI and RuPay digital payments though RBI was approached first to address the same under extant laws, it remained silent, the study said, adding it was the government, which when subsequently approached, that came forward to instruct the banks (on August 30, 2020), to retrospectively (since January 1, 2020) return the money to the depositors or face penal consequences.

Despite this respite, the RBI still needs to ensure compliance of its own regulations when SBI still considers itself compliant while charging as high as Rs 17.70 for every digital debit transaction, through means other than UPI/BHIM-UPI and RuPay-digital, carried out since January 2020.