After five years of developing the bike in its shed, Harley-Davidson unveiled the production version of the LiveWire last year. 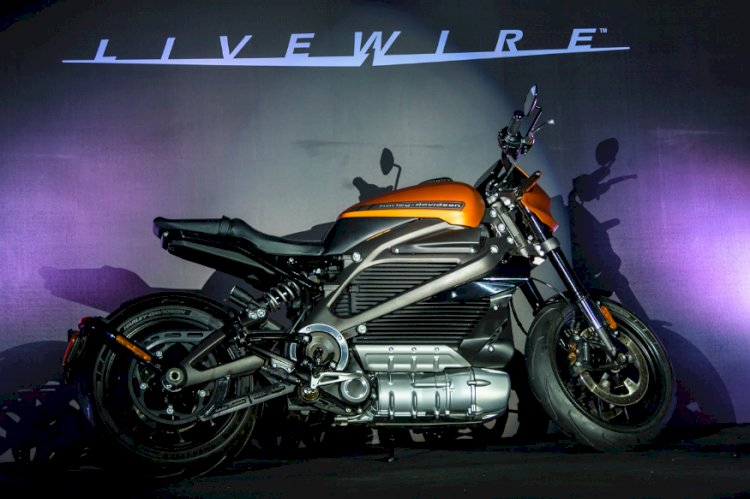 Celebrating a decade of operations in the Indian market, Harley Davidson launched a limited-edition India inspired paint graphics on the Harley-Davidson Street 750. Only 300 exclusive units of the anniversary edition will be available at a price of Rs 5.47 lakh across dealerships in India. Harley-Davidson’s Street 750 range, is the first BS-VI certified motorcycle from Harley-Davidson in India.

In addition to this, the America motorcycle manufacturer also showcased the much-anticipated electric motorcycle LiveWire in India. The company dropped the wraps on the motorcycle after it was unveiled at the 2018 EICMA last year. After five years of developing the bike in its shed, Harley-Davidson unveiled the production version of the bike last year. Possibly enraging its purists, the LiveWire comes with an all-electric powertrain consisting of 15.5 kWh battery. The motor offers a power output 104.6 bhp and 116 Nm of torque.

Speaking at the launch, Mr Sajeev Rajasekharan, Managing Director, Harley-Davidson® India Pvt. Ltd., said, “Upholding the legacy for 10 years in India is just the beginning and we will continue to fuel excitement for motorcycle enthusiasts in the country. As the first manufacturers of electric motorcycle in the premium segment, we are ecstatic to bring the LiveWire for showcase in the country. We will continue to invest in products and experiences to build more riders for Harley-Davidson in line with our More Roads plan.”