If US suspends job visas, IT firms will need to hike local hiring, which may hit margins 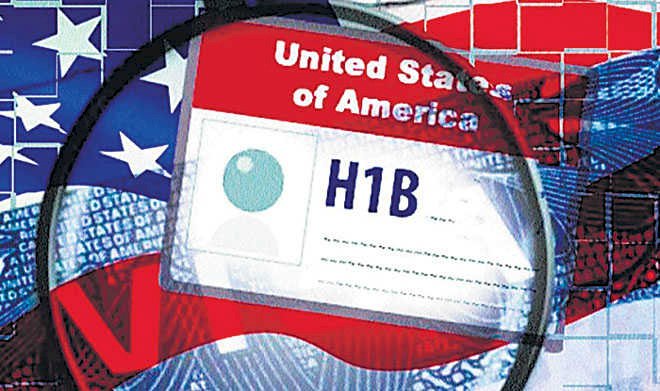 Bengaluru/New Delhi: Companies such as Tata Consultancy Services Ltd (TCS), Infosys Ltd and Wipro Ltd will have to hire more American citizens if the US proceeds to suspend new job visas, a move that would substantially erode their margins.

According to a Wall Street Journal report, the Donald Trump administration is planning to bar new H-1B visa holders from coming into the country until the ban is lifted. Visa holders already in the US are unlikely to be affected.

Indian IT firms widely use H-1B visas to transfer highly skilled workers to the US, and the country accounts for 70% of the 85,000 annual H-1B visa cap, as per immigration data. The news about the planned visa suspension comes even as H-1B visa rejection rates for Indian IT firms have risen to 24% in 2019 from just 6% in 2015.

Industry body Nasscom said on Friday, “We seek exemption for technology workers as essential workers, from any restrictions that may be imposed in a second White House Proclamation. Priorities established by Department of Homeland Security’s CISA (Cybersecurity and Infrastructure Security Agency) that designates key categories of ICT workers as essential service, should help define the types of essential workers."

For TCS, which operates in more than 50 countries, the US is the largest market in terms of revenues. “Visa regulations will continue to change and evolve. TCS focuses on adapting and complying with those regulations," Tata Sons chairman N. Chandrasekaran said at the company’s annual shareholders’ meeting on Thursday.

“Operating margin may decline 30-80 basis points for the sector in FY20 as local hires, who cost 25-30% more than H-1B counterparts, increase for onsite jobs," rating agency Crisil said in a 2019 report.

As part of its localization efforts, Bengaluru-based Infosys hired 78% of its US senior management locally in FY20. “We are committed to strengthening local hiring practices and continuously increasing the proportion of senior management hires from the local regions," Infosys said in its Annual Sustainability Report 2020.

Analysts said greater local hiring is the way to fill up roles if job visas are suspended.

“However, I believe this is just an election rhetoric. The US will continue to have programmes to bring in skilled workers," said Siddharth Pai, an analyst and venture capitalist.

Prasanto K. Roy, a consultant on technology policy, said US trade bodies will strongly object to the proposal. “Shutting off H-1Bs would bring a lot of services to a halt. Projects that are affected because of lack of talent will cause a bigger local pushback in the US," Roy said.