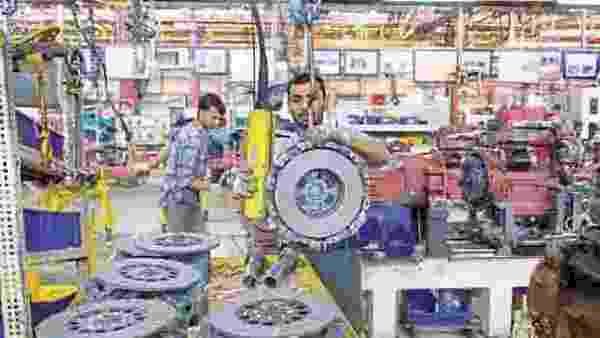 The proposal was approved at a meeting of the Employees State Insurance Corporation (ESIC) board headed by the union labour minister Santosh Gangwar. The ESIC has calculated that the move will benefit some 4.1 million beneficiaries in the March to December 2020 period.

“The move will give cash benefits equivalent to 50% of the last drawn average wage to eligible insured persons (IP) under ESIC for three months," said Amarjeet Kaur, a board member of the ESIC said over a phone interaction.

Kaur said the decision was approved and it will benefit a segment of the workers but had they relaxed this eligibility criteria a bit more, may be more than double (above 7.5 million) the workers would have benefited.

Industrial workers with a monthly earning up to Rs.21,000 fall under the ambit of the ESIC scheme and every month a portion of their salary is deducted and deposited with the ESIC to avail medical benefits from primary to tertiary care facilities. These workers are called IPs. Currently, an IP pays 0.75% of his or her basic salary and 3.25% is given by the employer to the ESIC kitty.

As per the board decision, the claim of the IPs will no more be required to come from the employers. “The claim may be submitted directly in the ESIC branch office and the verification of the claim with the employer will be done at the branch office level. The payment shall be made in the bank account of the IPs directly," as per the agenda note of the meeting.

Relief shall become due for payment in 30 days from the date of unemployment now. The 12 digit Aadhaar number shall be used for identification of the claims. This will be done via the Atal Beemit Vyakti Kalyan Yojana, a scheme in place since in 2018, which had a provision to give 25% unemployment benefit but had technical hindrances.

V. Radhakrishnan, another board member of the ESIC and a national executive committee member of the Bharatiya Mazdoor Sangh (BMS) affiliated to the ruling BJP said the decision will benefit a sizable portion of workers who have either lost jobs or may lose jobs in the next few months due to the impact of the pandemic.

Nearly 80 lakh workers are estimated to have existed the ESIC scheme in the past few months due to the pandemic’s impact on businesses. “The initial calculation based on certain rules shows that around 40 lakh will be eligible to get the benefit from ESIC board decision. This will cost the government to the tune of Rs.6700 crore," Radhakrishnan said.

A labour ministry spokesperson said a formal statement from the ministry is awaited.

COVID-19: ICMR allows antigen tests in all states, each...