Retired bank employees should not be forgotten; bankers should be a cohesive family such as in defence, says Sitharaman 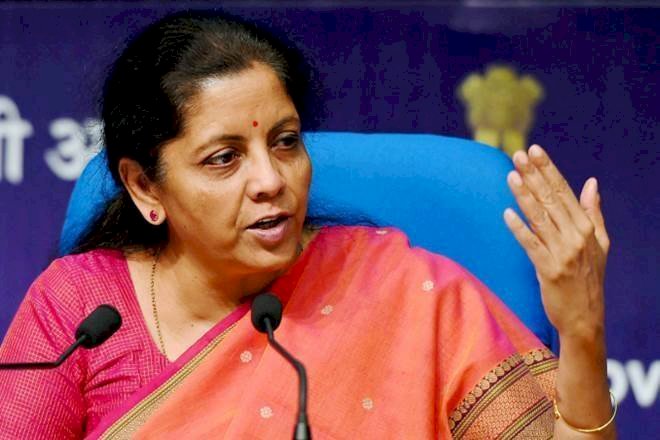 Finance Minister Nirmala Sitharaman told bankers on Tuesday to only issue RuPay cards as the first option to customers, and also to seed all bank accounts with Aadhaar number and, wherever necessary, with PAN (permanent account number) by December this year.

“Whoever needs a card, RuPay will be the only card you would promote and I would not think it is necessary today in India when RuPay is becoming global, for Indians to be given any other card first than RuPay,” Sitharaman said in her address as the chief guest at the 73rd annual general meeting of the Indian Banks´ Association (IBA).

“Make sure the NPCI ( National Payments Corporation of India) can become a ´ brand India´ product.

Whenever issuing a card, you must first issue a RuPay (floated by NPCI) card.” “Indian banks have done a tremendous job, but the financial inclusion drive is not over. I will not be patient to hear that accounts not linked with Aadhaar or PAN still exist beyond December 31. There should not be any unverified account in the system,” she said while clarifying a few moments later that the deadline could be extended till March at the maximum.

Technology should be adopted widely to ensure there is no duplication in booking benefits for customers, or double encashment of security. “It should be a foolproof arrangement so that you become a better-managed bank,” Sitharaman said.

She told bankers that they must “discourage nondigital payments”, and “UPI (unified payments interface) should be in common parlance”.

Every customer, from every walk of life and economic background, should be able to access every service of banks digitally, and there should be tailormade services for customers from every background, the finance minister instructed top bankers.

Sitharaman also advised banks must treat their retired employees the way they do in defense.

“There everyone is treated as one family, be it the servicemen or retired. I want to have the same culture in the Indian banking system and want them to take care of their retired employees in a better way,” she said, while not giving any further details.

“Every staff, from top-down to the bottom should be made to feel that they are part of your family and that post-retirement they should not be forgotten.” Thanking bank employees, she said: “ I want to convey the government´s appreciation, on record, to each one of you -- from the top executive to branch-level employees and business correspondents -- all of you who risked their lives to provide service to your customers and the nation. Your contribution will be remembered for the next 100 years.”

However, she said bankers must also improve professionalism and the amalgamation of banks should be taken as an organic way to create large banks to serve aspiring India.

“I want eight State Bank of India in the country. Every bank should be professional and in the post-Covid world, as the world changes, you should also not remain the same, especially after the amalgamations,” the finance minister said.

“There won´t be the same old normal. The new normal will be very dynamic in a new economy,” she said in her virtual speech.

Indian banks are also undergoing training under the Central Vigilance Commission (CVC) so that they get over their fear of the three C´s -- CVC, Central Bureau of Investigation, and Comptroller and Auditor General of India. This will enable them to take prudent risks and lend without fear.

The finance minister also stressed upon attending to all customer grievances and told banks to improve their complaint resolution mechanisms.

Ban on firecrackers in 23 states, NGT to pronounce crucial verdict for Diwali!

Now, get PAN card in just few minutes –Know how to apply for instant PAN card