With hyper-smooth footage, a smaller footprint, versatile lens usage and modular accessories, GoPro will hope its cameras will now appeal to more people. 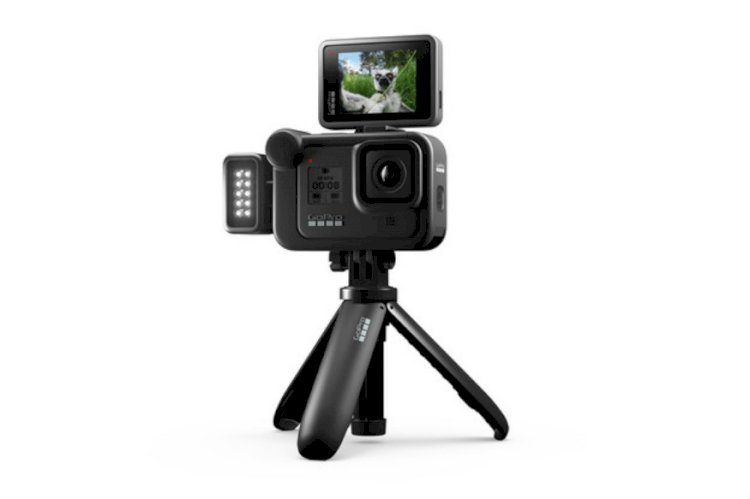 GoPro has remained a niche brand, catering mostly to those who shoot at awkward angles, while on the move. Now, it has added new action cameras in the form of the GoPro Hero 8 Black and the GoPro Max. The former is its regular product cycle upgrade, while the latter brings in more interesting use cases. However, despite the differences between the two cameras, many features connect them in common threads, along with the brand's mission of (finally) being accepted as a nifty, mainstream shooting equipment.

We begin with the GoPro Hero 8 Black. For starters, there are no Silver and White variants of the Hero, which means that if you want a GoPro action camera, you get all or nothing. Peak resolution and frame rates still remain 4K @ 60fps and 1080p @ 240fps, but with the new camera, GoPro has expanded its adjustable, croppped fields of view to 10 distinct lens emulations -- something that it suitably calls 'digital lenses'. The new camera gets two notable features -- modular accessories, and HyperSmooth 2.0. The former takes advantage of its new, light and rigid frameless chassis and its reduced weight to add three optional mods, or accessories, which include the Light mod ($49.99, ~Rs 3,550), the Display mod ($79.99, ~Rs 5,700) and the Media mod ($79.99, ~Rs 5,700).

On top of the realigned built-in condenser mic that now points towards the front, the Light mod adds a single fill light to illuminate your face or what's ahead of you, in tricky conditions. This can prove crucial for selfie-hungry tourists of today, but if that's not enough, you can still opt for the Display mod, that adds a tilting display to flick up, when doing a video commentary or simply taking a selfie. Want the best of both worlds, and the Media mod can get you that, along with a dedicated shotgun microphone. The latter also includes a micro-HDMI port for direct export of high-res footage. On overall terms, the camera now also takes better photos, and features a friendlier interface, voice operation, a horizon calibration indicator and a one-touch hyperlapse speed control to make fanciful, Nat Geo time lapse-like footage, with only a puny GoPro and a tripod. For all those, you are now required to shell out Rs 36,500, and if you wish for it, you can do so from October 20.

The GoPro Max, though, sounds more like the real MVP of the launch. The 360-degree camera, which has essentially evolved from the GoPro Fusion, now features a six-mic, 360-degree audio capture mode along with the dual-lens, 360-degree video shooting ability. This can extend up to 5.6K footage in 360-degree at 30fps, along with features such as HyperSmooth 2.0. What this essentially does is bring in the most alluring parts of a GoPro Hero camera, while presenting it in a smoother, VR-ready camera to shoot scenes such as concerts. Beginning October 24, this too can be yours for Rs 47,000, while the mods will only be available for pre-orders, starting December.

Through these new features, GoPro's eventual aim is to make them utilitarian, versatile, well-rounded and not exorbitant. GoPro has been attempting to find the perfect balance in its products for a while now, will 2019 be the year when they finally break ground? We're not entirely convinced yet, but if the mods are easily available and the vibration reduction smoothness works as advertised, then GoPro might just have a winning duo in their hands.

Bose Puts The Sleepbuds to Bed Citing Battery Issues, But I’m Glad I Slept With...