The overlay will be shown underneath the clock in the status bar, and it will show up as a thin rectangle that’s either “red” for 60Hz or “green” for 90Hz. 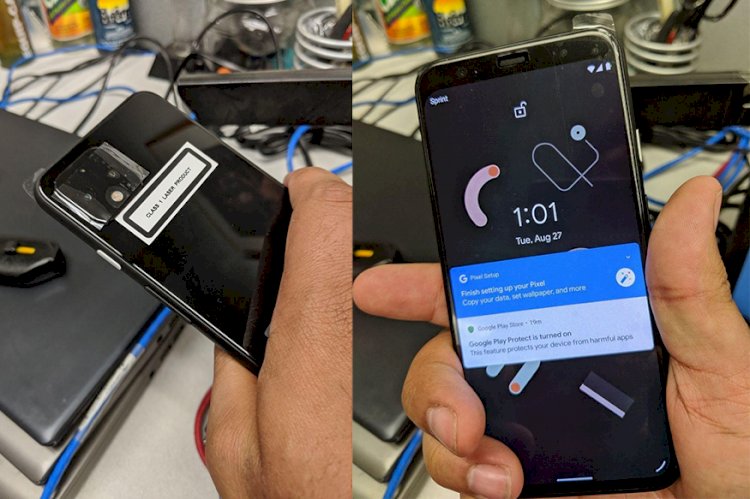 A comment in the Android 10 source code has confirmed Google's upcoming Pixel 4 and Pixel 4 XL phones will indeed be sporting 90Hz refresh rate displays. XDA Developers combed through the source code of the newest Android release, which was made public by Google only recently, for “under-the-hood changes that Google hasn’t advertised.” The website’s editor-in-chief reported that he found one of the commits relating to display refresh rate describe content-based fps detection, while another explained the implementation of an overlay that will show when the device is running at 60Hz vs 90Hz.

But there were still doubts regarding these being as definitive proof of the next Pixel featuring a 90Hz display since Google makes changes to AOSP all the time to accommodate a growing segment of devices from OEMs. However, a comment left behind in a commit that has since been removed but can still be viewed by going through the history allayed the apprehensions. The code adds an enable/disable flag to toggle the 90Hz mode and was only meant to be used until the implementation of a proper solution (which eventually happened).

“The comment above the if…else statement reveals that the switch to toggle 90Hz “should only be available to P19 devices,” where P19 is almost certainly the Pixel 2019. Since the Pixel 3a series has already been released without a 90Hz display, that means the Google is definitely referring to the upcoming Pixel 4 series,” the report said. Having learnt that these refresh rate-related code changes are intended primarily for the Google Pixel 4, XDA Developers examined other changes to SurfaceFlinger to discover that Google intends to expose the refresh rate overlay as a Developer Option in Android 10. The overlay will be shown underneath the clock in the status bar, and it will show up as a thin rectangle that’s either “red” for 60Hz or “green” for 90Hz.