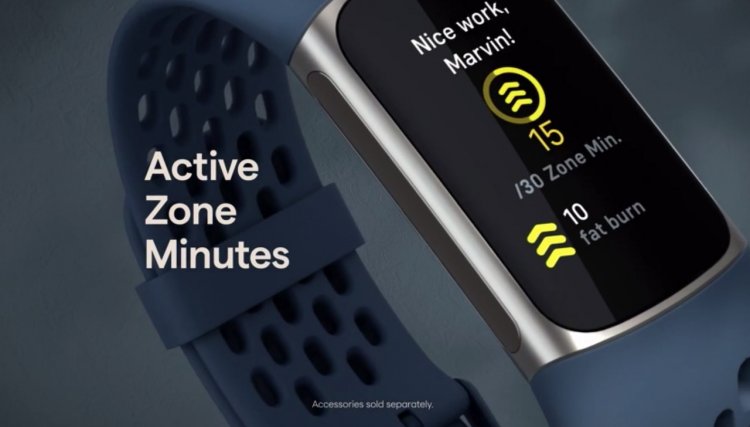 The Fitbit Charge 5 has just been announced, following a short time period of leaks and rumors ahead of its launch. It’s a pretty big departure from the rest of the company’s other offerings and is the first in the Charge series to feature a color display. The company says it offers up to seven days of battery life depending on usage, and also comes with six months of Fitbit premium, too.

The Fitbit Charge 5 has a major emphasis on health features according to Google, and that seems to be its biggest selling point. There’s a new Daily Readiness experience (that will also come to some of the company’s past devices) which helps to inform you what kind of physical fitness you’re able for that day. The company says that each morning, you’ll receive a score based on your fitness fatigue (activity), heart rate variability (HRV), and recent sleep. You’ll also get an analysis of what impacted your score, and suggestions like a recommended target Active Zone Minutes goal which helps you to plan your workouts for the day.

Stress is also a pretty big focus of the Fitbit Charge 5. The company says that you will get a Stress Management Score in the Fitbit app each morning in order to help you understand if you need to take a break or not. Fitbit Premium also grants you access to 300 meditation and mindfulness sessions from brands and experts.

Other features including skin temperature variation detection, SpO2 reading, and breathing rate. There’s 24/7 heart rate tracking too and an ECG that can help to detect AFib, a potentially dangerous heart arrhythmia that’s otherwise known as atrial fibrillation. The Fitbit Charge 5 comes in at $179.95, and pre-orders begin today at the company’s website and select global retailers. It’ll be available worldwide later this fall. There are three stainless steel colors with matching bands and other bands sold separately, too.