Google Free Wi-Fi At Railway Station And Public Places To Be Shut Down.

Soon the free Wi-Fi service at Railway stations and public places in India would be turned off. Google on Monday announced the winding up of his program. Currently, the Google-backed service is available at over 400 railway stations in India. 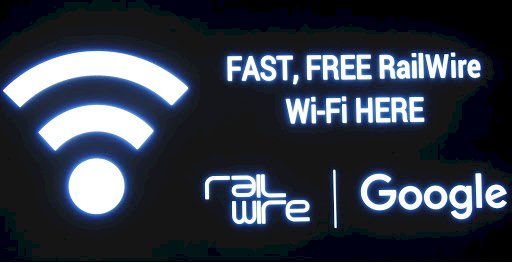 Soon the free Wi-Fi service at Railway stations and public places in India would be turned off. Google on Monday announced the winding up of his program. Currently, the Google-backed service is available at over 400 railway stations in India.

Google was working with Indian Railways and Railtel Corporation on the project. The initiative launched in 2015 is to be closed as Google says cheap data is available to Indian users. The aim of the move in 2015 was to bring fast, free public Wi-Fi to Railway Stations.

The idea was to reach 400 railway stations by 2020 but the collaboration reached the target in 2018 only. India at present offers the cheapest mobile data per GB in the world. The mobile data prices are reduced by 95 percent in the last 5 years, as per TRAI in 2019.

Railtel, however, announced that it will continue to provide free WiFi at over 5,600 railway stations. Railtel at present is providing free WiFi in 5,190 stations and 415 in collaboration with Google. Railtel is now working with other partners to transition existing sites.

How to buy gold online for Akshay Tritiya amid lockdown