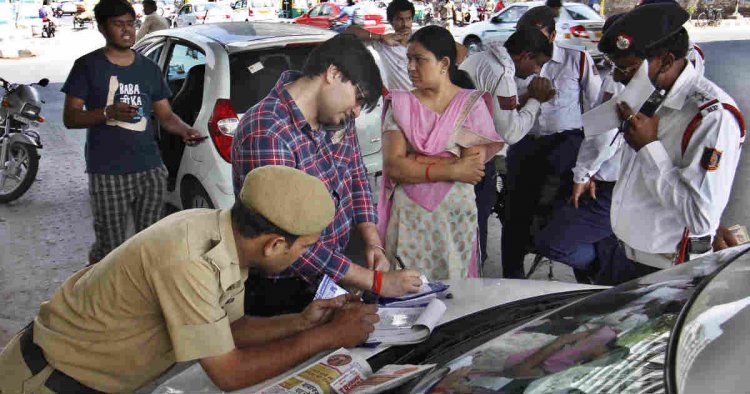 HSRP Deadline: If you live in Uttar Pradesh's Noida and have not yet installed a High Security Number Plate (HSRP) in your car or two-wheeler, then it would be better to leave your car standing in the parking lot, because from April 15, you will be issued a challan for failure to get the HSRP installed.

No challan if you have the slip

Actually, people have to book their HSRPs online. There are also many people in the district who have done online booking and they have got waiting for two to three months. Those who have made online booking are advised to keep their registration slip with them while driving. On showing the slip, the challan will not be issued.

What is the difference between HSRP and old plate?

The main objective of HSRP is to prevent theft of vehicles. Vehicle thieves tamper with the number plate while stealing vehicles, but the high security number plate made of aluminium cannot be changed. The reason for this is that this plate has a hologram of blue Ashoka Chakra made of chromium metal which enhances its safety. Apart from this, the digits are embossed on this plate.

Automobile expert Tutu Dhawan said that some 8-10 years ago, a rule was drawn by the RTO authorities on behalf of the government. According to this, high security number plates will be placed on every vehicle. So that the theft of the vehicle can be stopped and their tracing can be facilitated. However, its advantages and disadvantages are that the devices that secure the vehicle in it are not necessarily always with the vehicle.

"According to me, if thieves want to remove it in any way. Nor is our online web system so strong that even after the arrival of this system, there will be a lot of difference. And here is the matter of online challan of Rs 5500, it is too much now. Because people are under pressure not to cut my challan. So it is a non-essential burden on the general public," Dhawan says.