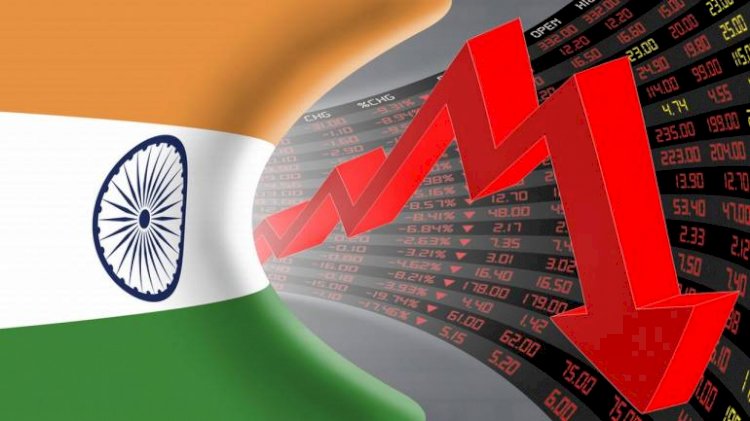 India’s economy has entered the coronavirus crisis with multiple wounds; and without the tactical support of the government, growth would be tough to come.

Growth in gross domestic product (GDP) in the March quarter, which saw just one week of lockdown, has plummeted to its lowest in 11 years. Manufacturing shrank 1.41% and economists expect it to shrink far more in the current year. 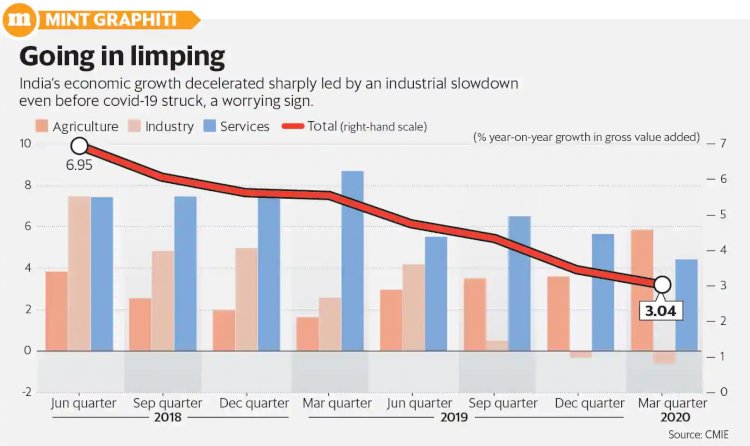 “The numbers are likely to get very ugly as we go into FY21 now. The full effect of the lockdown will manifest in the first quarter," said Abheek Barua, chief economist at HDFC Bank Ltd. Barua expects GDP to shrink by 4.8% this fiscal.

Others such as Indranil Pan, chief economist at IDFC First Bank, predict a far worrying number of a 6.5% decline.

These forecasts already take into account the economic package announced by the government so far.

The ₹20.9 trillion package relies heavily on bank credit to push business revival and has already met with a lot of scepticism.

Small businesses are already leveraged, and dealing with a loss of revenue would find it hard-pressed to borrow more from banks, government guarantee notwithstanding. This puts the government’s efforts to revive small businesses under threat.

Companies are already clamouring for tax reliefs instead of more credit. It is clear India cannot rely on its manufacturing sector alone this year for any kind of revival.

Services fared better, and registered a growth of 4.44% for the fiscal fourth quarter, and 5.55% for the full year. But in FY21, services would be the hardest hit because they depend the most on close social interaction.

Barring healthcare and public administration, most services may be affected this year. The government is yet to announce a targeted package for the sectors most affected by the lockdown. Ergo, India cannot rely for any revival prospects even on its services.

That leaves agriculture, the only bright spot that may show growth this fiscal. Economists expect the farm sector to grow by 3.5-4% in FY21 and public administration expenditure may hold its own too.

But the share of farm sector to GDP has fallen over the past decades. Farm growth may only make the overall recession look less painful.

As such, FY21 is expected to be a recession year. Economists believe a lot depends on the government for the economy to heal in the years ahead. “The government has to spend directly and there is no alternative to it," said D.K. Joshi, chief economist at Crisil Ltd.

Here, there are fresh challenges. The fiscal position is already stretched. The FY20 fiscal deficit came in at 4.6% of GDP, according to the Comptroller and Auditor General (CAG) of India.

This is higher than the budgeted 3.8%. The rise in fiscal deficit is partly due to the lower-than-estimated increase in nominal GDP growth.

This reinforces the possibility that fiscal deficit numbers would be worrisome even if the government doesn’t spend.

A recession dims the prospects of revenue for the government and as the need for stimulus increases, the Centre will have to let go of its inhibitions over the deficit.

One worry is rating implications, but rating agencies have noted that not providing a stimulus will have a far more debilitating effect on government finances in the long run as economic revival becomes difficult.

Therefore, short-term pain on finances should be taken in stride. What rating agencies require is clarity on government spending and a responsible borrowing.

The economy needs direct fiscal stimulus rather than a roundabout way to giving relief as seen so far. India needs to ramp up public spending to heal its wounds before it becomes self-reliant.

Govt decides to bring cooperative banks under RBI through...