From January 1, updated driving licence, registration certificate must for all drivers

Owing to the Covid-19 pandemic and the lockdown imposed to curb its spread, motorists were exempted from challans or prosecution if found driving with expired documents such as driving licenses (DLs), registration certificates (RCs) and fitness certificates. 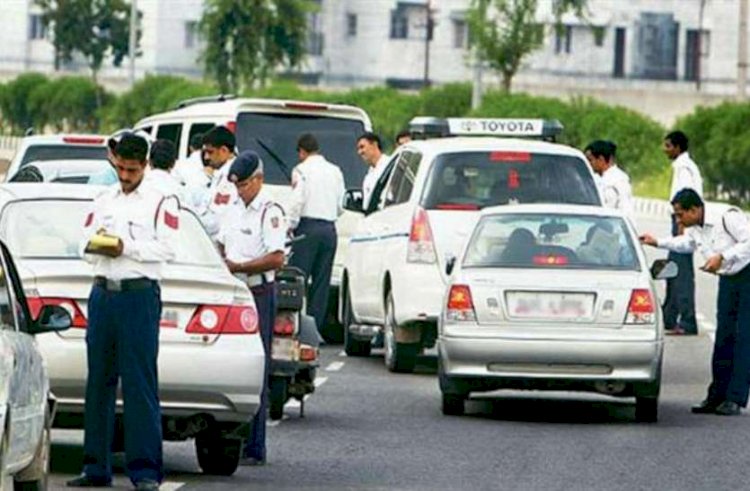 If your driving licence or vehicle registration certificate has expired, you must apply for its renewal soon because a government move to exempt holders of lapsed documents from prosecutions is set to end on December 31.

Owing to the Covid-19 pandemic and the lockdown imposed to curb its spread, motorists were exempted from challans or prosecution if found driving with expired documents such as driving licenses (DLs), registration certificates (RCs) and fitness certificates.

Senior transport officials said that after being in place for nine months, the exemption would be lifted from January 1, 2021, unless there are specific directions from the ministry of road transport and highways (MORTH) to extend it further. As per the amended Motor Vehicles (MV) Act, driving without a valid licence attracts a penalty of Rs 5,000.

To prevent a backlog of applications and avoid long waiting periods for appointments, Delhi transport minister Kailash Gahlot said he had directed the transport department to relax the rule in cases where an applicant is mandated to visit only a motor licensing office (MLO) located near the address mentioned in his application.

“I held a meeting to review the application process of all transport-related documents. People can get their DLs and RCs renewed now as the provision is fully operational at all the 13 RTOs (regional transport offices) of Delhi. Since the exemption is till December 31, I request people to renew their documents by applying online,” said Gahlot.

To apply for renewal of DLs, one can visit parivahan.gov.in, click on “driving licence-related services” and then again click on “DL services”, after which one needs to type out the DL number and fill out other details, upload documents and make a payment to book a slot to visit the nearest RTO.

At the RTO, the biometric details will be checked and documents verified, after which a DL will be issued. The process is similar to renew RCs.

Records with the state transport department showed that as of Sunday the waiting period to get an appointment at an RTO for renewal of DL —post online application submission — ranged from two to 60 days.

“This month, the rush to get DLs and RCs has increased. But it is manageable as each of the 13 RTOs is capable of processing 200 renewal requests every day. Also, the process of renewal is far easier than getting a fresh document,” said KK Dahiya, special commissioner (transport).

He said the rush was more also because, under the amended MV Act, DLs, if not renewed within a year of their expiry date, are deemed invalid and a motorist then has to start from scratch by applying for a learner’s license and appearing for all the tests again. Earlier, a DL could be renewed anytime within five years of the date of expiry.

The problem, however, is being faced by those who have applied for a learner’s or a permanent driving license as the waiting time to visit the RTO and give the required tests has gone up to as long as three months in some busy zones — like Janakpuri and Loni.

Minister Gahlot said that in the review meeting held last week, it was decided that the number of appointments or slots that will be booked per day per RTO will be increased to pre-Covid times. For this, the transport department has been asked to analyse demand in the month of January and fix the number of slots accordingly.

“Directions have been issued to ensure that the waiting period should not be more than 45 days in any zone. I have asked the transport department to decongest some of the busy RTOs by shifting applications to the less crowded ones. The idea is to evenly distribute the load among all 13 RTOs so as to reduce the waiting periods,” Gahlot said.

He said it was found that many are failing the driving tests on the automated test tracks despite having good driving skills because of the sensors and cameras being “over-sensitive”.

“A committee has been constituted to check the entire system operating the automated test tracks. The panel will also revisit videos of those who have failed the tests to understand the problems better. Also, I have asked the MLOs to strictly keep out-of-turn cases for DLs and RCs only up to 5% of the total slots booked on any day. Reasons will have to be cited for use of this discretion in each out-of-turn case,” the minister said.