From Italy to Goa, These Bollywood Wedding Destinations Are Perfect for Your Big Day

Here is a look some of the best wedding destinations where celebrities from Nusrat Jahan to Deepika Padukone have tied the knot. 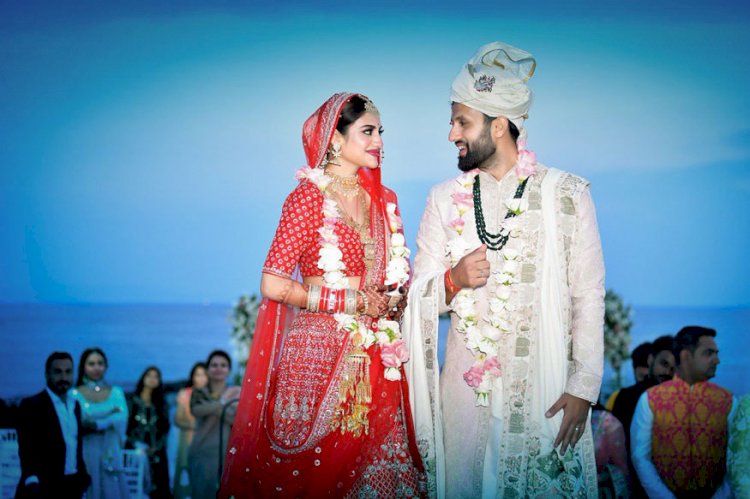 Tollywood actress and first-time TMC MP Nusrat Jahan recently got married to businessman-boyfriend Nikhil Jain in a lavish wedding. The wedding took place in a picturesque setting in Turkey and the same is evident with the pictures from the wedding location shared by Nusrat, Nikhil and Mimi Chakraborty.

While this is not the first time a celebrity has married at a breathtaking view, there have been several celebrities who had their weddings with a view worth capturing. Here is a look some of the best wedding destinations where celebrity couples have tied the knot:

Kunal Kapoor got married to Naina Bachchan in a private ceremony on February 9, 2015 in the idyllic locales of Seychelles Islands.

Goa has been a popular wedding for many celebs, including Sushmita Sen’s brother Rajeev Sen and TV actress Charu Asopa. Pulkit Samrat and Shweta Rohira also tied the knot on November 3, 2014, in a destination wedding at Goa. In addition, Masaan actress Shweta Tripathi also got married to rapper Chaitanya Sharma in Goa last year. Actors Naga Chaitanya and Samantha Ruth Prabhu also had their destination marriage in Goa on October 6, 2017.

Another wedding destination that has been a favourite of Bollywood celebrities is Sri Lanka. While stand-up comedian, Vir Das, married his long-time girlfriend Shivani Mathur on October 19, 2014, in a hush-hush ceremony in Sri Lanka. Actress Suchitra Pillai also tied the knot with Lars Kjeldsen in Sri Lanka. Another actor who tied the nuptial knot in Sri Lanka was Aftab Shivdasani.

Many popular Bollywood weddings have taken place at different locations in Italy. While Virat Kohli and Bollywood actress, Anushka Sharma tied the nuptial knot on December 11, 2017, in a grand private ceremony in Tuscany, Italy. Whereas, Deepika Padukone and Ranveer Singh got married at an upscale resort area in Lake Como. Apart from these couples, Rani Mukherjee and Aditya Chopra also tied the knot at a romantic countryside in Italy on April 21, 2014.

The picturesque setting of Jag Mandir Palace in Udaipur can melt any heart. While the Ambanis hosted a lavish pre-wedding affair for Isha Ambani and Anand Piramal in Udaipur, actress Raveena Tandon started the second innings of her life with film distributor Anil Thadani at Udaipur’s Jag Mandir Palace. Another grand destination style wedding in Udaipur is that of Neil Nitin Mukesh and Rukmini Sahay, who tied the knot on February 9, 2017.

In addition to these popular wedding destinations, other celebs have also opted for many offbeat destinations for their wedding. While Priyanka Chopra and Nick Jonas tied the knot at Ummaid Bhawan Palace in Jodhpur, actress Amrita Puri married Imran Sethi chose Bangkok.