Word regarding Batman's presence in Fortnite appeared after code discovered in the latest update appears to contain Batman-themed items. 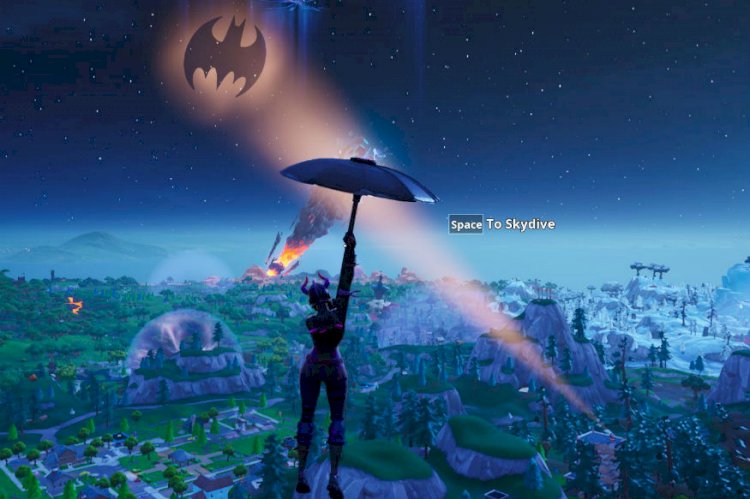 The caped crusader is expected to become the latest crossover character in "Fortnite," after Batman items were found in game files, while mobile players can now get involved in voice chat (and other social features) via a new Party Hub. As "Fortnite" updates tick over to version 10.31, mobile users can now expect to see whether their friends are online, create a party, and talk to its members before playing a game thanks to a new Party Hub feature.

The suite of Party Hub features can be accessed from within the "Fortnite" mobile app and, at launch, is available from the bottom of the main screen; at the top of the main screen is a button that propels players into a game instead. Voice chat works in-game, out of game, and with parties that are split across both statuses; parties can also be transferred from mobile to PC or console by launching "Fornite" while the mobile app is still open. Party Hub doesn't yet have text messaging but developer Epic Games is working on it. In-game, "Fortnite" enthusiasts have uncovered evidence that some sort of Batman crossover event is approaching.

Established dataminer Lucas7yoshi published their findings to Twitter, which include two new items: an Explosive Batarang and a Grapnel Gun. The grapnel's descriptive text instructs players to deploy their Bat Cape upon usage, suggesting that any crossover will also switch out Glider designs temporarily. Another dataminer, Hypex, has also surfaced some very Gotham-esque building designs plus an in-game image of a Bat-Signal shining above a very much altered Tilted Town location. Another community dataminer, FNLeaksAndInfo, showed how the "Fortnite" incarnation of Gotham City might look without dark and dramatic lighting.As to when the Batman crossover might occur, Epic Games has not yet acknowledged the event, but two dates appear likely targets.

Most immediately, and perhaps most likely given the timing of this dormant update, DC Comics' annual Batman Day celebration is scheduled for September 21 in 2019. Secondly, Warner Bros Pictures' latest addition to the DC Extended Universe is due October 4, with Joaquin Phoenix starring as one of Batman's most infamous nemeses in origin story "Joker," while one of the Batman-related "Fortnite" player challenges refers to Joker gas canisters.