NMP will help improve liquidity to increase expenditure in infrastructure by the government, said FM Sitharaman. 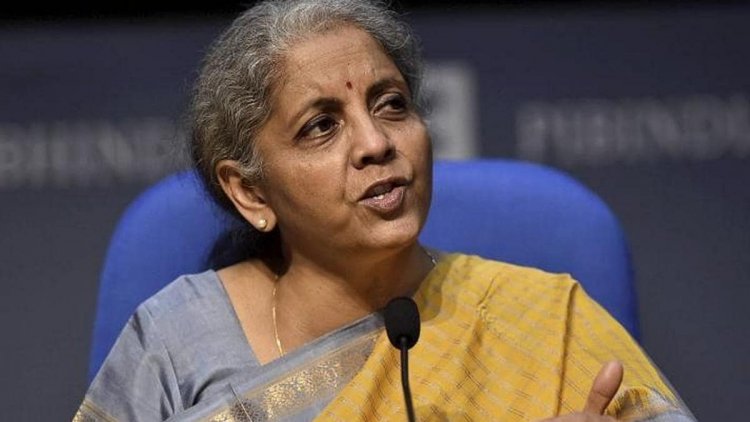 Union government on August 23 announced that it will monetise assets worth Rs 6,00,000 crore between 2021-22 and 2024-25 under the National Monetisation Pipeline (NMP) scheme, which was launched by Finance Minister Nirmala Sitharaman in New Delhi.

Finance Minister Nirmala Sitharaman said assets being given out under the National Monetisation Pipeline will still be owned by the government, and will be returned to the government after a period of time.

The government will not sell off any assets, but only utilise them in a better manner, the finance minister said and emphasised that the entire exercise will generate greater value and unlock resources for economy.

Speaking at launch event, NITI Aayog CEO Amitabh Kant said that the government will monetise assets worth Rs 6,00,000 crore between 2021-22 and 2024-25 under the NMP scheme.

He added that the central government has set a goal of Rs 88,000 crores to be monetised in 2021-22, adding that each ministry has been given an annual target, and this will be monitored through a dashboard.

In case a ministry is struggling to meet its annual target the NITI Aayog and the Ministry of Finance will help the ministry monetise assets. Kant said that the plan, which was devised after extensive consultations with related parties would “unlock value of government investment and public money in infrastrucutre”.

“Fifteen railway stadiums, 25 airports and the stake of central government in existing airports and 160 coal mining projects will be up for monetisation,” NITI Aayog CEO Amitabh Kant said.

“We are fully committed to delivering success to the National Monetisation Pipeline. We feel that it is very important to bring in the private sector for better operation and maintenance, therefore we are committed to very strong delivery on the ground,” Kant added.

She said that if a state government divests its stake in a public sector undertaking, the state government will receive 100 percent of the value of the divestment, from the central government, in the state’s budget for the next financial year.

Similarly, if a state government lists a public sector undertaking in the stock markets, the central government will give them 50 percent of that amount raised by listing, in the state’s budget for the next financial year.

Finally, if a state government monetises an asset, it will receive 33 of the amount raised from monetisation in its budget for the next financial year. Sitharaman had announced National Monetisation Pipeline during Union Budget 2021.

“By bringing in private participation, we are going to monetise it (assets) better and with whatever resource that you obtained by monetisation, you are able to put in for further investment into infrastructure building,” Sitharaman said. She added that the NMP will help improve liquidity to increase expenditure in infrastructure by the government.

Earlier in August, Department of Investment and Public Asset Management (DIPAM) Secretary Tuhin Kanta Pandey had said that that the government is finalising Rs 6 lakh crore worth infrastructure assets, including national highways and power grid pipelines, which would be monetised.

The NMP comprises a four-year pipeline of the government’s brownfield infrastructure assets. In the Union Budget 2021-22, the government laid a lot of emphasis on asset monetisation as a means to raise innovative and alternative financing for infrastructure, and included a number of key announcements.

Here’s how you can now check all the mobile phone numbers registered against your...

India extended the suspension of international commercial passenger flights till...