Fever During Pregnancy: Here's Why Doctors Stress on Getting Dengue Screening Test Done

Karnataka alone has reported over 9,000 cases of dengue fever, but it is still not determined how many of them are pregnant women. 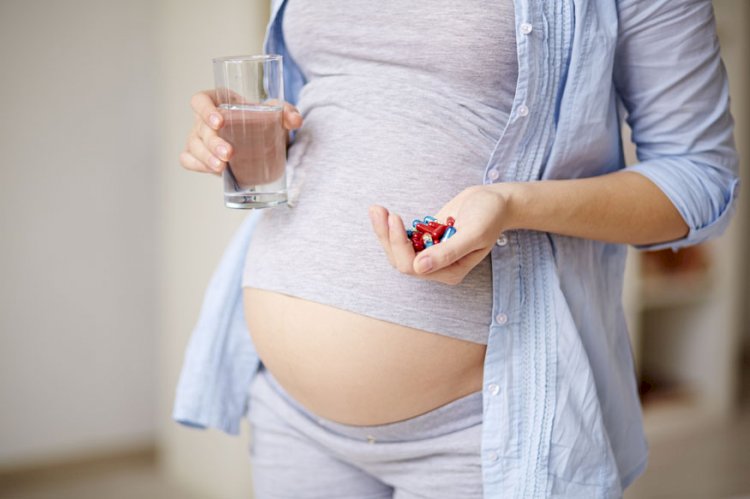 This monsoon, Karnataka has recorded a high number of dengue cases and doctors are taking precautionary measures to screen pregnant women diagnosed with fever. Karnataka alone has reported over 9,000 cases of dengue fever, but it is still not determined how many of them are pregnant women.

“Dengue fever in pregnant women is something that requires a lot of attention, and given that the season is here, cautionary measures will need to be taken,” Dr Prashanth Gowda, a senior consultant at Motherhood Hospital in Bengaluru’s Sarjapur was quoted as saying by The News Minute.

Dengue is a mosquito-borne viral infection, which spreads from a bite of Aedes aegypti mosquito.

The virus circulates in the blood of an infected person for 2-7 days, after an incubation period of 4-10 days followed by the bite from an infected mosquito. A person infected by the dengue, which is also called 'break-bone' fever, develops severe flu like symptoms. Fever, severe headache, pain behind the eyes, nausea or vomiting, swollen glands, muscle and joint pains, rash are few other symptoms of dengue.

“Generally, when a pregnant woman is detected with a fever, our first instinct is to see whether there is an epidemic,” Dr Prashant told The News Minute, adding, "If the woman presents with high-grade fever with signs of flushing of the cheeks and myalgia (fatigue) that has been there for longer than a week, we will subject her to a series of lab investigations to determine the cause of the infection.”

A test to check for the presence of the dengue antigen in the body is to be done if any of the symptoms arise. The test should be done within three days of exposure to the virus. Following which a patient should go for an alternative, called an antibody assessment, to see if his/her immune system is responding to the presence of dengue virus. This test can be done three days after a person develops a fever.

If a pregnant woman is found positive of dengue, then her haemoglobin and platelet levels will be checked and the treatment is initiated accordingly. Medical practitioners and doctors often advise that the pregnant woman, diagnosed with dengue, should be admitted and monitored routinely to ensure that her blood count remains within normal limits.

“If a woman in the last three months of her pregnancy complains of fever, that becomes a significant cause of concern because it is a crucial stage in the pregnancy and can potentially be fatal to the baby,” the report quoted Dr Archana Sampath, a Chennai-based obstetrician and a member of the Federation of Obstetric and Gynaecological Societies of India (FOGSI), as saying.

If a pregnant woman is tested positive of dengue, she is treated with plenty of intravenous fluids and medication to control the fever to ensure that the infection is not transmitted to the unborn child. Doctors also recommend the pregnant woman to drink plenty of water and increase the intake of fluids. The platelets count in the blood of a person diagnosed with dengue decreases, but this becomes an additional complication when a pregnant woman contracts the virus.

“The overall condition of the woman appears poor and what we become concerned about immediately is that the resulting dehydration leads to a drop in the amniotic fluid index (AFI),” Dr Prashant added.

Amniotic fluid surrounds a foetus while it is growing in the uterus and is present in the placenta and provides nutrition to the unborn baby. If it is with the AFI, doctors estimate how much amniotic fluid is present and if AFI is low it indicates that the baby is not getting enough nutrition and can have a severe impact on its growth.

“This, on its own, could be a complicated situation, and can precipitate the onset of labour,” Dr Prashant said.