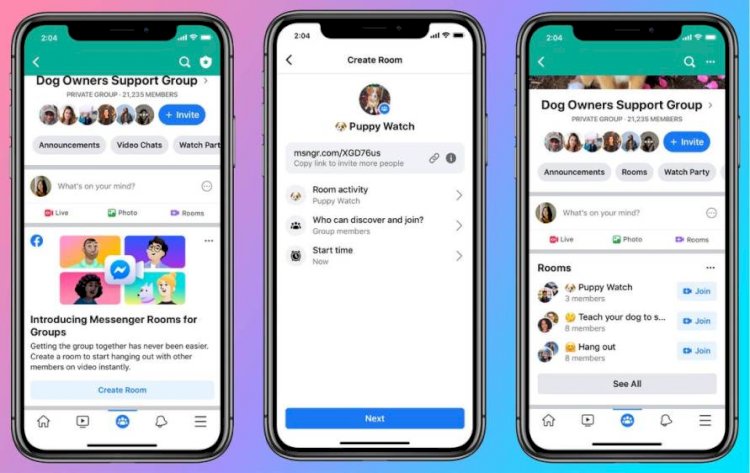 Facebook entered the race for a complete video calling solution on Friday. The company’s CEO announced Messenger Rooms, a video conferencing tool that will allow up to 50 people to join in on a call. Unlike other chatting applications and tools, this new platform will even be available to people who are not on Facebook.

People who want to host a video conference will be able to do so by creating a room right from Messenger or Facebook and then invite anyone to join through links. The people joining these calls don’t need to have a Facebook account to take part. The company claims these calls will be able to accommodate up to 50 people.

Hosts will be able to invite people through News Feed, Groups and Events. The hosts will soon also be able to create rooms from Instagram Direct, WhatsApp and Portal, according to Facebook.

If any of your Facebook friends has created a room with you listed on it, the room will show up on your account. Users will be able to join by using a computer or mobile device. The app will also include features such as AR effects and immersive 360 backgrounds, even mood lighting.

The participants can even report violation of Facebook’s Community Standards to the app. However, the report or feedback should not include audio or video excerpts from the call. When someone you’ve blocked is logged into Facebook or Messenger, they won’t be able to join a room you’re in and you won’t be able to join theirs.

When a participant joins a room through Facebook or Messenger, other members who they aren’t friends with on Facebook will be able to see and hear whatever they say or share in the room. Other than that information, they’ll only be able to see information that they otherwise would have been able to see such as the name and public Facebook profile information, what is posted publicly or content in a common group.

For those participants who don’t join the call using Facebook or Messenger, the Room will just ask for a name to help other participants identify them. Facebook claims these calls use the same technology to encrypt a video and audio conversation as Messenger. It is still not end-to-end encrypted.

Zoom, another application that mainly focuses on video calling has shot to prominence after lockdowns came into effect across the globe. On the free version, the app still allows up to 100 people on a call for. However, the call is only available for a total of 40 minutes.