The Arvind Kejriwal-led AAP government had imposed a 'special coronavirus fee' of 70 percent on maximum retail price (MRP) on all categories of liquor sold through retail licensees for consumption ‘off the premises’, starting May 5. 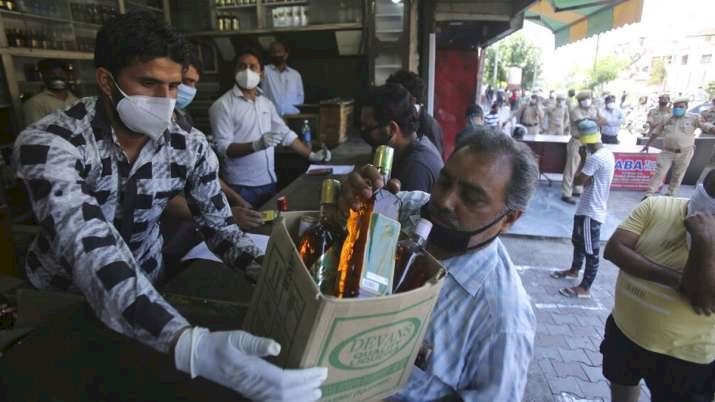 The Delhi government is likely to remove the 70 per cent corona tax imposed on sale of alcohol and a formal order to this effect is likely in the next few days, CNBC-TV18 reported quoting sources.

It said that the decision has been taken due to increasing tax pilferages.

The Arvind Kejriwal-led AAP government had imposed a 'special coronavirus fee' of 70 percent on maximum retail price (MRP) on all categories of liquor sold through retail licensees for consumption ‘off the premises’, starting May 5.

After the cess was imposed, liquor sales dropped "drastically" in the national capital in May, prompting the makers to urge the government to reduce the 70% special cess imposed on alcoholic beverages.

Earlier on Wednesday, Confederation of Indian Alcoholic Beverage Companies (CIABC) demanded that the cess be brought down to a "realistic and sustainable level."

In a letter to deputy CM Manish Sisodia, CIABC director general Vinod Giri claimed that Delhi’s business was slowely shifting to Haryana and Uttar Pradesh due to the high difference in retail prices.

Uttarakhand has Reopened, Head out for the Mountains

CBDT to launch e-campaign to ask certain taxpayers to file...