Delhi, get ready to pay 70% more for that bottle of alcohol, new coronavirus cess kicks in from today

Massive crowds were seen queuing outside liquor stores in Delhi on Monday prompting authorities to retract their decision to allow the sale of alcohol. 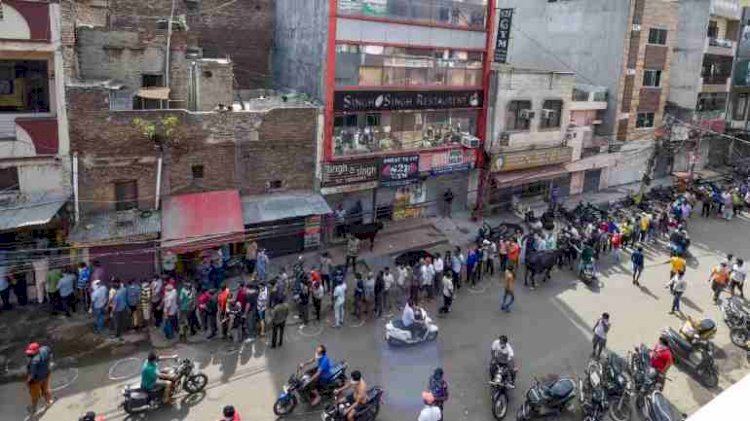 Alcohol will now cost more in the national capital starting Tuesday. Authorities have decided to impose a 70 per cent special ‘Corona-fee’ on the minimum retail price (MRP) of alcohol in Delhi. The decision was announced on Monday and will be enforced from May 5 onwards.

The Delhi Police will allow liquor shops in the national capital to remain open from 9 am to 6:30 pm starting Tuesday.

Earlier on Monday, 150 state-run liquor shops were opened in Delhi after a gap of 40 days. However, reports of massive crowds queueing outside liquor shops with absolutely no regard for social distancing or precautionary measures led authorities to retract the permission. As a result, liquor shops in Delhi's four districts were asked to shut shop. Chief Minister Arvind Kejriwal had also said that relaxation on restrictions will be revered in areas where people are found violating safety guidelines.

The order was issued late on Monday night under the scope of powers conferred to the government of the national capital territory of Delhi under sub-section (1) of section 81 of the Delhi Excise Act, 2009 (Delhi Act Act 10 of 2010). The order has been titled "Delhi Excise (Amendment) Rules, 2020".

The amendment has been made in rule 154 of the Delhi Excise Rules. According to the order, the cess will be applicable as, "70% of the maximum retail price on all categories of liquor sold through retail licensees for the consumption of the premises". 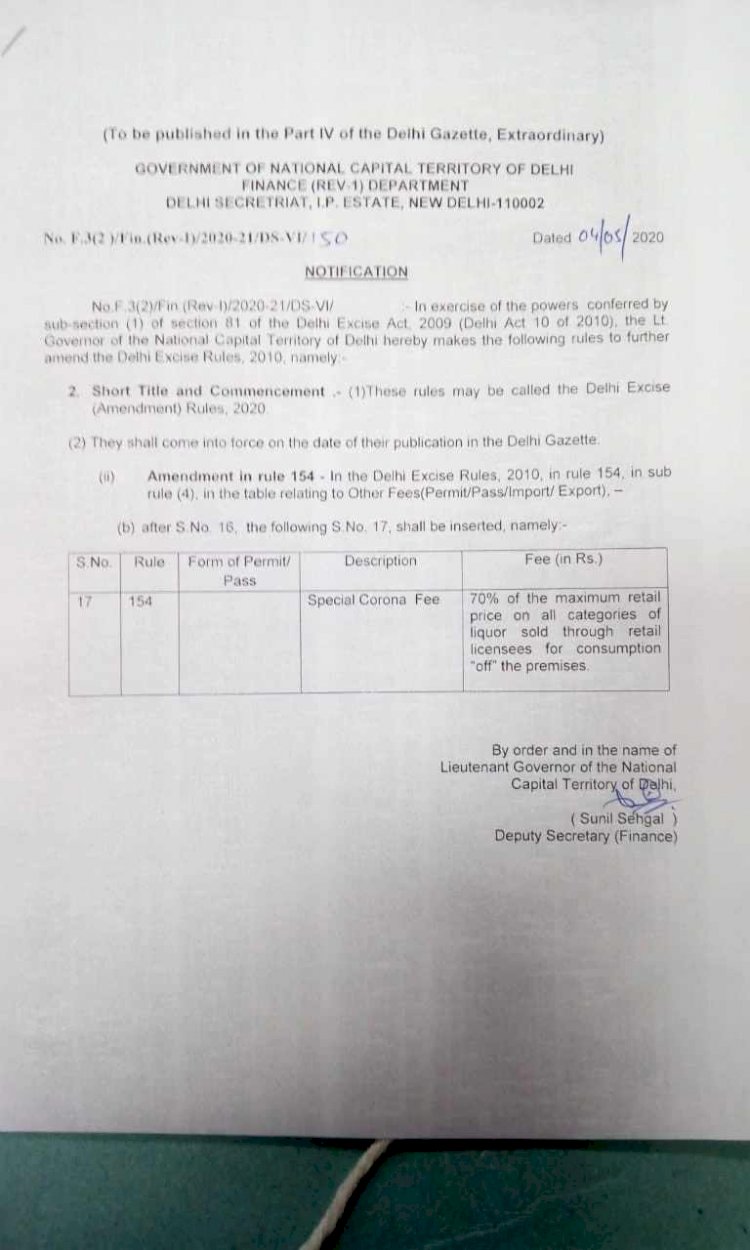 Your take-home salary may reduce from April next year....

Amazon announces the Mega Salary Days sale: Here are the...