Drug Controller General of India (DCGI) has cancelled the import licence of three companies, and suspended the licenses of fifteen others, for supplying Covid-19 antibody kits in India, imported primarily from China as also from South Korea, US and Malaysia. 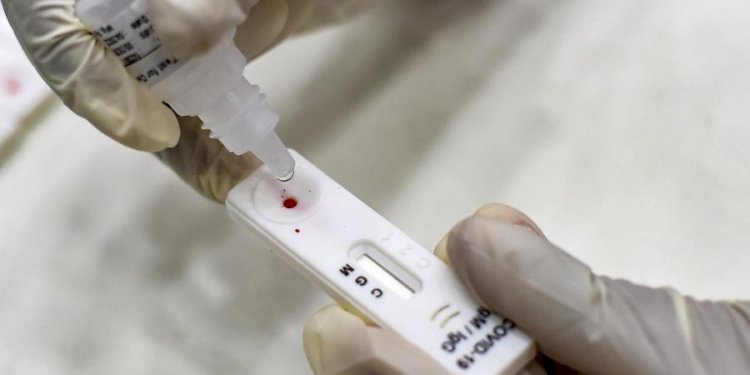 Antibody tests measure the level of Covid-19 specific antibodies developed in a person which indicates that s/he may have been exposed to the virus in the past. The accuracy of rapid antibody tests has been debated over months so as to whether these kits actually work or not. Another Enzyme Linked Immunosorbent Assay (ELISA) technology for antibody testing was considered more accurate, but DCGI has cancelled licenses for those importers too.

Among those whose licences have been cancelled are Gujarat-based Cadila Healthcare's Zydus Diagnostics, which imported Chinese kits from Hangzhou Clongene Biotech, Delhi-based MDAAC International Private Limited, which dealt in Atlas Link (Beijing) Technology and NW Overseas, Haryana which imported Lepu SARS-CoV-2 Antibody test (Colloidal Gold Immunochromatography) test kits from Beijing Lepu Medical Technology. The three companies chose to surrender the license or volunteered to cancel it when DCGI served them with a show cause notice on July 17, after a host of kits had been removed by United States Food and Drugs Administration (USFDA), from the list of product of serology test kits for Covid-19.

DCGI has stated that the import license for above companies becomes inoperative and stands suspended, till further order, and warned that no batch of the said kit will be imported for sale, stock, distribution or sold or offered for sale in India.

The United States (US) government issued an order in March where COVID kits were temporarily exempted from requirement of US Food and Drug Administration approval and were allowed to be sold in the US market for a period of three months by the process of notification - wherein the firm has to just notify US FDA on their website list.

“At the end of the said period the US FDA routinely removed the names of companies who had completed three months on its Notification list. Meanwhile the US manufacturer (Calbiotech) has applied to the US FDA for grant of approval and are awaiting its response. As everyone knows, US FDA approval is a long process. The US FDA has neither tested the kit nor commented anything about the quality of the kit. So there has been no action or any ban by the US FDA except to carry out a routine process of removing names of products from their provisional Notification list on expiry of the three month period,” said Suresh Vazirani, founder of Transasia Bio-medicals.

Vazirani further said that COVID-19 lgG ELISA antibody kit, developed and made in the US in April 2020 by Calbiotech for Transasia, was submitted to Indian Council of Medical Research and duly approved by it after rigorous tests done by National Institute of Virology Laboratories on June 3. “It took ICMR three weeks to do these tests before granting their approval. The said order brings forth a pertinent question as to the relevance and applicability of the testing conducted by the authorised bodies in India if decisions were to be entirely based on US-FDA’s actions. It also raises a troubling question of does Indian authorities trust or have confidence in what India’s top scientific organisation does and approve?,” Vazirani stated.

COVID-19 medicine price reduced to ₹75 per tablet by Glenmark...

Including PUBG, among 118 Chinese mobile apps banned by...