Bogus ration cards are cancelled for rightful targeting of beneficiaries under the National Food Security Act. 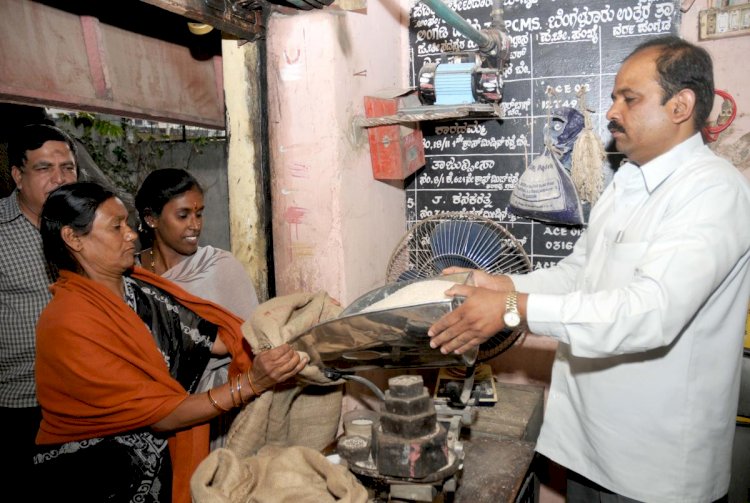 In an effort to provide subsidized ration effortlessly to the needy section of the society and to restrict the misuse of ration cards, the government has declined 4.39 crore ration cards in the last seven years. The Ministry of Consumer Affairs, Food & Public Distribution said that the move is made for rightful targeting of beneficiaries under the National Food Security Act. However, the government further said that the new cards are regularly issued to genuine and rightfully eligible beneficiaries and households against deleted ration cards.

The ration cards are weeded out on the basis of digitisation of ration cards and beneficiaries databases; Aadhaar seeding; detection of ineligible or bogus ration cards, de-duplication of digitised data; migration or deaths of beneficiaries; etc. The government underlined that the step will help to modernize the Targeted Public Distribution System (TPDS) and to improve its transparency and efficiency.

It is to be noted that the NFSA provides coverage for over 81 crore persons to receive highly subsidised food grains through TPDS, which is nearly two-thirds of the country’s population. The importance of ration cards was further highlighted this year when the lives and livelihoods were severely impacted by the unprecedented disruptions caused by the coronavirus pandemic. In the wake of the pandemic and subsequent income loss, the government had pledged to provide foodgrains to nearly 81 crore Indians at highly subsidized prices.

Meanwhile, the ration card scheme still has some major roadblocks on its way. More than 10 crore people are being left out of the current budget, Bloomberg reported citing Jean Dreze, a visiting professor with Ranchi University, who helped draft the national food law. He had added that the government is allotting its funds using 2011-2012 census data, however, back then, the population was a little more than 1.2 billion, which has now grown to roughly 1.38 billion.