The product, which is not only a cost-effective solution and can be operated in portable or fixed installations, has also raised hopes of effectively killing the novel coronavirus in private space. 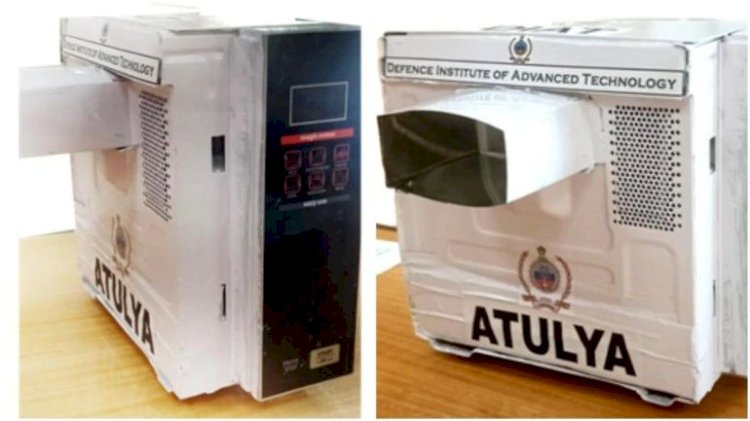 The Defence Ministry has proposed the use of Atulya - a microwave steriliser - that can disintegrate Covid-19 virus within 30 seconds.

The path-breaking piece of technology has been developed by the Defence Institute of Advanced Technology, Pune, a deemed university supported by the Defence Research and Development Organisation.

The Defence Ministry says the virus gets disintegrated by differential heating in the range of 56 degree to 60 degree celsius temperatures.

The product, which is not only a cost-effective solution and can be operated in portable or fixed installations, has also raised hopes of effectively killing the novel coronavirus in private space. According to a Defence Ministry note, the ‘Atulya’ system has been tested for human/operator safety and has been found to be safe.

“Depending upon size and shape of various objects, time of sterilisation is from 30 seconds to one minute. Approximate weight of the system is three kilogrammes and it can be used for non-metallic objects only,” reads the note.

Earlier, a study published in the New England Journal of Medicine on March 17 maintained that that SARS-CoV-2, the virus that causes Covid-19, could live up to 24 hours on cardboard. A recent study published in The Lancet on April 2 says that it could last up to three hours on paper.

While these observations are based on lab results, experts believe that the virus may break down much more quickly in the environment due to its sensitivity to sunlight and temperature.

Recently a guideline published by Indian Society of Heating, Refrigerating and Air Conditioning Engineers (ISHRAE), which was ratified by the Central Public Works Department (CPWD) buildings, also quoted some recent studies, to declare that SARS-CoV-2 has been found highly stable on surfaces for 14 days at 4°C. One day at 37°C and 30 minutes at 56°C was needed to make the virus inactive.

Reliance Jio will now offer 2GB free data every day: All you need to know