Theatres and multiplexes remain closed in states like Maharashtra, Telangana, Tamil Nadu, Kerala and Chhattisgarh. Cinema halls in the northeastern states have not opened as the states have not issued any guidelines. 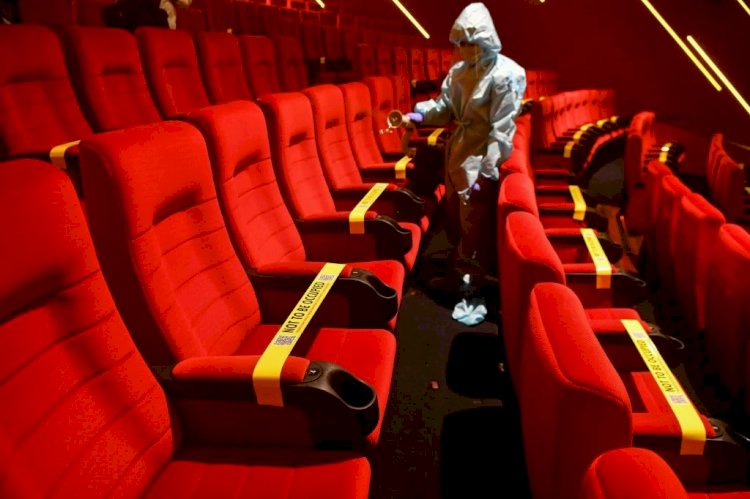 New Delhi: Cinema halls in several parts of the country reopened today after seven months in the shadow of the pandemic. Theatres and multiplexes, closed since March because of the coronavirus crisis, recently allowed to resume operations as per guidelines issued under Unlock 5.

Theatres and multiplexes remain closed in states like Maharashtra, Telangana, Tamil Nadu, Kerala, and Chhattisgarh. Cinema halls in the northeastern states have not opened as the states have not issued any guidelines.

At the food and beverages section, all food will be sterilized under UV rays in a machine for eight minutes before being handed over to the customer. Popcorn containers will completely be covered with paper lids. Despite the extra arrangements, the cinema hall officials claimed that prices of tickets and food will remain the same as pre-COVID rates.

A recap of Covid-safety norms and punishment, in case they are not observed, would become a part of the customary pre- and post-show advertisements.

Floor and seat markers for social distancing, thermal scanning, and "respiratory etiquettes" are among the changes patrons will have to bear in mind after they are allowed entry on being cleared as "asymptomatic".

However, there are no new releases in theatres this week. Several old films will be re-released. Sushant Singh Rajput's last theatrical release Chhichhore, Kedarnath, Tanhaji, Shubh Mangal Zyada Saavdhan, Malang, War, and Thappad are among films that will be out on the big screen once again.

As compared to the pre-Covid days, shows at cinema halls will be much lesser in number, with screenings in most theatres only between 12 pm to 8 pm. To reduce contact, the center's guidelines promote the use of digital payment systems, increasing the number of counters at the box office for single-screen theatres and frequent sanitization of the area.

ITR e-verification: Do this to e-verify your Income Tax...