Cloning, also known as skimming, refers to the copying of credit or debit card information using software or an electronic device, in order to gain unauthorized access to your account. 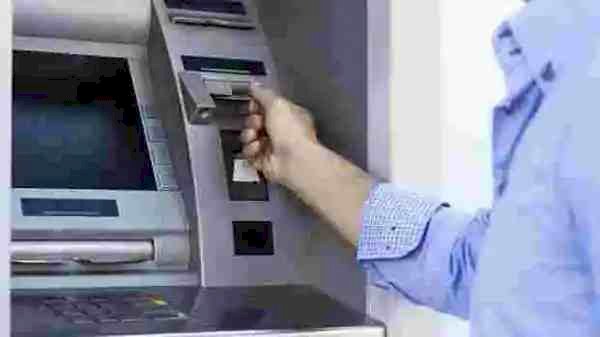 While incidences of fraud are on the rise when it comes to online payments, you might think that you are safe when you use an ATM to withdraw cash, but think again. According to a police report, a card-cloning device was found at a bank's ATM in Ghaziabad, Uttar Pradesh, earlier this week. The skimming device was found by a customer who used an Axis Bank ATM machine to withdraw cash. The user realized that the ATM hadn’t dispensed any cash even after his transaction was completed, so he decided to investigate and found a battery, a camera and a memory card affixed to the machine.

Cloning, also known as skimming, refers to the copying of credit or debit card information using software or an electronic device, in order to gain unauthorized access to your account. Another variation of this fraud is carried out using a scanning device at a point of sale. The employee uses the cloning device to scan your card before swiping it at the till. It can easily go unnoticed by you, especially if the billing counter is not in your line of sight.

“Card skimming is a form of theft where criminals use a small device to steal card information. A cloning or skimming device is designed to look like the hardware on an existing ATM, or like a regular, in-store card reader and is very difficult to spot as they can be quite skilfully fitted to the payment machines or ATMs. Skimming devices record the information from the magnetic strip on the card, which can be programmed onto a new card and can be used for shopping or even directly steal money from bank accounts," said Rustom Irani, MD and CEO of Cash Business, Hitachi Payment Services.

However, there are mechanisms in place to prevent this kind of fraud from wiping hard-earned money from your bank account.

“Certain default features such as chip-and-pin technology already help safeguard accounts against fraud by requiring both a chip (present in your card) and a PIN to authorize transactions. The embedded microchip holds encrypted details, which makes it more difficult for criminals with skimmers to obtain the account holder’s information. The PIN helps verify in-person transactions so that it’s harder for thieves to use cloned cards for fraudulent purchases," said Irani.

But there are also things you can do to make sure that you don’t fall victim to this variety of fraud. “Covering the keypad when entering your pin is the first step to prevent fraud," said Irani.

Other ways include looking for signs of tampering with the machine, including scratches around the card slot or an unfamiliar or odd-looking card slot or any other features that don’t seem right, like the keypad being raised or looking newer than the rest of the machine.

When using your card to make a purchase at a point of sale, make sure to keep an eye on your card after you hand it over to the store employee, and steer clear of swiping your card at shops and restaurants that don’t seem completely reliable.

Govt determined to Censor Netflix, Amazon Prime, AltBalaji and others

Driving License: How to apply for driving license online,...