Ban on firecrackers in 23 states, NGT to pronounce crucial verdict for Diwali!

The Green Tribunal is expected to pronounce its order at around 10:30 am today. 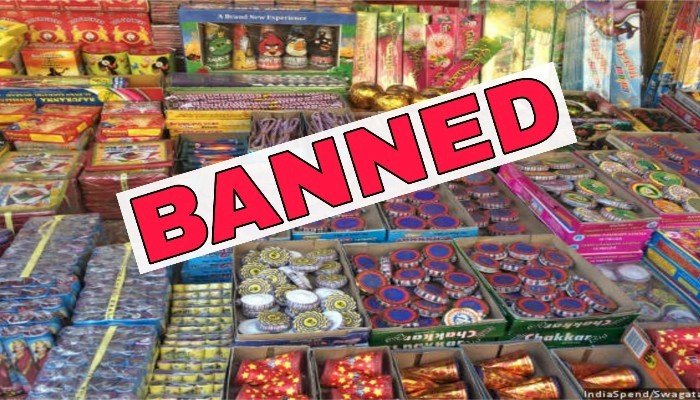 NEW DELHI: The National Green Tribunal will on Monday (November 9) hear and pronounce its order on the imposition of a temporary ban on the sale and use of firecrackers across 23 states and UTs amidst the double whammy of the pollution crisis and the coronavirus pandemic. The Green Tribunal is expected to announce its order at around 10:30 am today.

National Green Tribunal pronounces total ban against sale or use of all kinds of firecrackers in Delhi NCR from midnight today till 30th November pic.twitter.com/6jBBnsZt43

Earlier this week, the NGT had sought response of the Union Environment Ministry, the governments of Delhi, Haryana, Uttar Pradesh, and Rajasthan, the Central Pollution Control Board, the Delhi Police Commissioner, and the Delhi Pollution Control Committee on whether the use of firecrackers should be banned from November 7-30.

On Wednesday, the tribunal expanded its ambit of hearing cases on pollution by use of firecrackers beyond the Delhi-NCR region and issued notices to 19 states and Union Territories where air quality is beyond norms.

On Wednesday, alluding to 122 non-attainment cities in 23 states and Union Territories, which have been consistently showing poorer air quality, the green tribunal said that it may have to consider the direction to prohibit the use of firecrackers during the period air quality is beyond a threshold to protect the health of the vulnerable groups.

Delhi Police also arrested seven persons for allegedly selling firecrackers in the national capital despite the ban and recovered nearly 600 kgs of firecrackers from them.

IRCTC Introduces New Rules in Railway Ticket Booking: All You Need to Know