The new Asus ROG Phone II is the newest gaming smartphone for India and the company seems to have made the right move with the pricing. 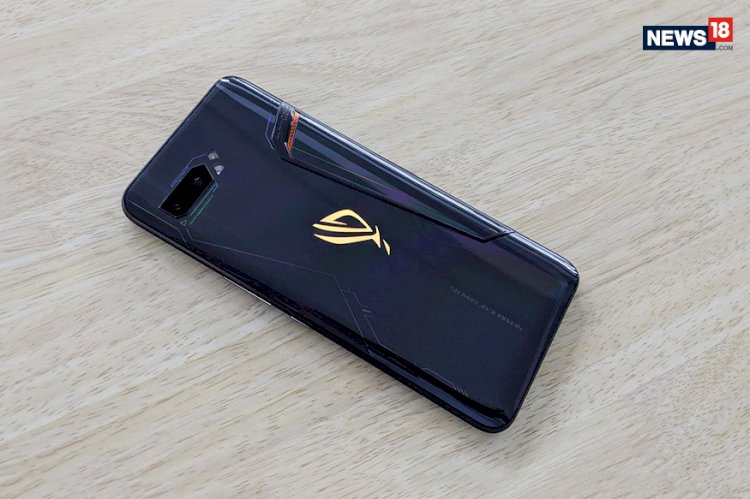 Asus has brought the second iteration of the ROG Phone to India. The new ROG Phone II comes with improved features and hardware and surprisingly the company has kept a low starting price of Rs 37,999. This is substantially cheaper than the original ROG Phone which launched in India last year at Rs 69,999.

The new smartphone features a 6.59-inch AMOLED display with a 2340x1080 pixel resolution. It can go up to 120Hz refresh rate with 1ms latency. Users can also step down to 60Hz or 90Hz modes. The company says that the touch sensor has a sampling rate of 240Hz and with some special optimisations on Android itself, the company has managed to achieve a lower touch latency than the iPhone XS Max. It also supports 10-bit HDR and is rated to offer 108-percent DCI-P3 color space and perfect color accuracy of deltaE < 1.

The handset comes with a glass and metal build with a distinguished gamer-oriented design. You still get the same RGB-lit ROG logo at the back as well. The handset also comes with a bunch of accessories and partnership with prominent game developers.

It is powered by the new Snapdragon 855 Plus chipset, which comes with an overclocked Adreno 640 GPU at 675MHz as well as a minor bump to the CPU speeds. For heat dissipation, Asus has put vents that take away the heat from the vapor chamber to the external vents. There is also a new AeroActive Cooler II which will be bundled in the box and is claimed to be four times quieter (24dB) and improved cooling on the outside of the device. It can also double as a kickstand.

There is a massive 6,000mAh battery which means that it can last for about 7 hours of non-stop PUBG action. It can also be charged quickly as the phone supports 30W ‘ROG HyperCharge’ using a standard 3A cable along with Quick Charge 4.0. At the back, you get the same cameras as the Asus 6Z (ZenFone 6) which includes a 48-megapixel sensor paired with a 13-megapixel sensor with a 125-degree ultra wide-angle lens. At the front there is a 24-megapixel selfie camera.

Asus is offering an option to switch between a near-stock Android experience and a gaming-focused ROG UI. There are dual speakers on the front with DTS:X Ultra support, and have larger chambers to make them 2.5-times louder than the first-gen ROG Phone. You also get improved AirTriggers which now allow you to rest your fingers on them and will be able to recognise when you press down or swipe over them. Asus has also put two vibration motors, one on the left and one on the right for improved directional haptic feedback. Yes, you get a 3.5mm audio jack and a hoard of accessories including the ROG Kunai Gamepad which is somewhat like the joy-con controllers from the Nintendo Switch. You can either attach the two halves for a handheld experience or attach them together to use them as a wireless gamepad. While doing so, you can dock the phone into the WiGig wireless display dock, Pro Dock or the Mobile Desktop Dock to get output on a larger display.

You can further use the Kunai Gamepad with the TwinView Dock II which includes a second 120Hz/1ms touchscreen, a cooling fan, and a 5,000mAh battery. The updated dock has been redesigned to make it lighter along with better weight distribution.

As of now, Asus has introduced an 8GB RAM + 128GB internal storage variant which is competitively priced at Rs 37,999. The handset will be available starting September 30 during the Flipkart Big Billion Day sale. A high-end 12GB RAM + 512GB storage variant will launch later at Rs 59,999. As for the accessories, the ROG Phone 30W charger will cost Rs 1,999, the Aeroactive Cooler II will be available for Rs 3,999, the Profession Dock at Rs 5,499, the unique Lightning Armour Case will be selling for Rs 2,999, the Twin View Dock II will be the most expensive accessory priced at Rs 19,999, the Mobile Desktop Dock will cost Rs 12,999 and finally the ROG Kunai Gamepad controller will cost Rs 9,999.