The demand for the newly launched iPhone 11, iPhone 11 Pro and iPhone 11 Pro Max has gotten off to a better start than their predecessors a year ago as per Wall Street analysts. 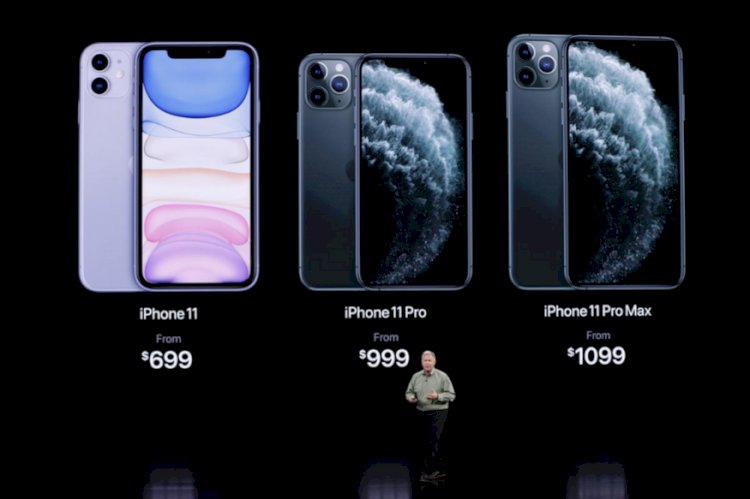 Pre-orders for Apple Inc’s latest iPhones have gotten off to a better start than the last cycle a year ago, several Wall Street analysts said on September 16, citing their own research data. The company last week unveiled three iPhone models featuring upgraded processors and new camera functionality, including iPhone 11, iPhone 11 Pro and iPhone 11 Pro Max, priced between $699 and $1,099. CNBC quoted TF International Securities analyst Ming-Chi Kuo, known as a close follower of the Cupertino, California-based company’s supply chains, as saying that demand for new iPhones is beating his expectations and that much of it was due to Chinese consumers.

Greater China was the third biggest region in terms of sales in 2018 and after raising alarms after slack sales growth earlier this year, Apple has seen bumps in demand driven by discounting by Chinese online retailers. Chinese e-commerce site JD.com said on its official Weibo account that day one pre-sales for the iPhone 11 series jumped 480% versus the previous year, with the top three most popular products being the iPhone 11 Pro in midnight green, and the standard iPhone 11 in black and purple.

Chinese media outlet Yicai also said that they jumped 335% on Alibaba’s Tmall platform on the first day of sales vs pre-sales for the iPhone XR last year, citing Tmall figures. CNBC said that Kuo had boosted his forecast for iPhone 11 series shipments from between 65 million and 70 million units in 2019 to between 70 million and 75 million units. While giving numbers that did not compare directly with Kuo’s, analysts at two other brokerages also said that the initial orders were looking good. Instinet, owned by Japanese bank Nomura, cited “shipment” checks for its conclusions, while Wedbush’s Daniel Ives said he had conducted supplier checks throughout Asia including China.

“We are careful about extrapolating the first weekend data, though it is fair to say it is ahead of last year’s launches,” Instinet analysts wrote in a note. “Should the early shipment time data hold and translate to unit volumes, Apple may be able to offset this year’s average selling price reduction,” they added. Apple shares were trading marginally higher around midday in New York compared to an almost half-per cent fall for the tech-heavy Nasdaq index.