Apple iPadOS Review: A Completely New Direction For The iPad at Home And Work

First things first, can your iPad run the new iPadOS? All iPads since the iPad Air 2 can run the iPadOS. 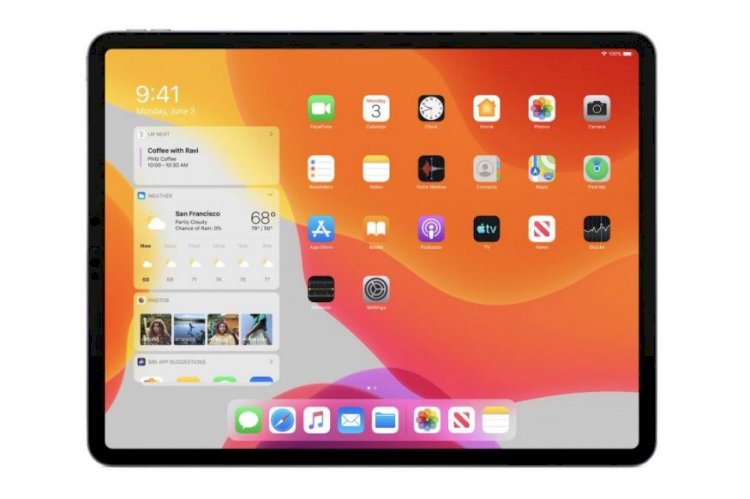 For the first time, Apple is giving the iPad line-up its own operating system. The idea being to be able to better utilize the larger screen space as compared to an iPhone and make it more productivity oriented as the battles with Microsoft Windows 10 convertibles and even the Google Chrome OS laptops continues. It is anyone’s game now, and Apple surely wants the iPad to arrive at the battlefield with the correct set of tools. While iOS on the iPad has never really been an issue, there was always that feeling that an iPad could perhaps do more if it wasn’t restricted by the shackles of an OS designed first for the iPhone and then made to work on the iPad. Worked very efficiently and brilliantly though, no doubt about it, including all the multi-tasking goodness. And that is why we are here, at this juncture, with the first ever iPadOS rolling out for consumers. 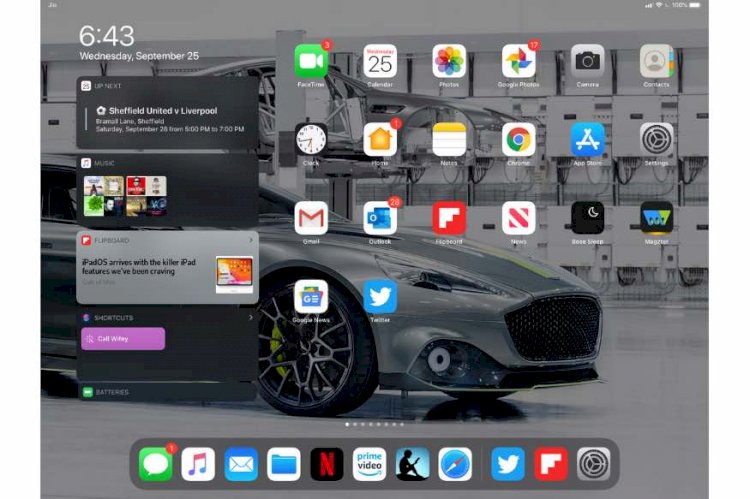 First things first, the primary mission of the iPadOS is to make the iPad feel more like a full-fledged computing device—something that can effectively replace your laptop or desktop. But it could already do so, complete with the Smart Keyboard, you may concur? Aha, but hold on for just a second.

Before we get into the visual bit of things, let us look at the more purposeful changes under-the-hood. The stuff that will actually make a lot of improvement in the experience. The Safari web browser is now a full-fledged desktop web browser. Basically, what that means is that when you type in a website address and press enter, the browser tells the website that it is a desktop or a laptop, and therefore you are served up the full version of the website. And not the often skeletal and badly optimized mobile version. The positives include the ability to access Google Docs via Safari now (you won’t be redirected to the apps on the iPad) and also the full access to the WordPress platform—useful if your website uses that to manage the content and publishing, for instance. If you had been using the Google Chrome web browser all this while on the iPad (your choice completely), you would probably find Safari a much better bet now. At least with the websites I regularly visit, there have been no issues with rendering, compatibility or navigation and browsing functionality with the desktop mode on the iPad. 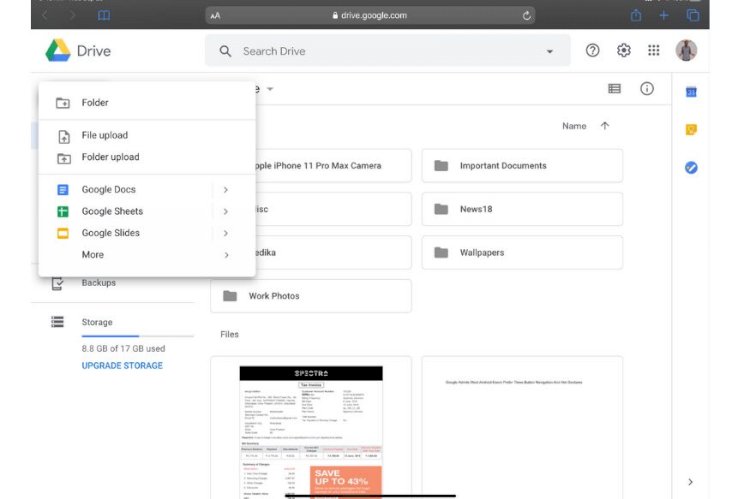 Add a new download manager to this, and you really are now in better control of what is happening in and around your iPad. You have the option of downloading files either on the iPad or on the iCloud Drive. With the updated Files app tying into the new Safari and the download manager, you can now trace back a file you probably downloaded a few weeks ago, and not have to pull your hair out in frustration. Files app now also supports external media—if you plug in a memory card or an external drive via the USB-C port. This is very close to the Finder app on macOS (Windows enthusiasts will probably realize this is the Mac version of the Windows Explorer), and the familiarity helps if you are on the same ecosystem. If you have a server running at home, for instance, that can also be configured in the Files app.

But it is not all plain sailing with the new iPadOS. Even if you have been using an iPad with iOS for ages now, there is still a significant learning curve involved. But that is perhaps the discomfort for a few days, before you get the advantages of unleashing the power of multi-tasking on the iPad.

Multitasking is a three-pronged attack in the iPadOS. There is Slide Over which keeps smaller versions of apps on the screen as you continue to use other apps. This, for me, is ideal for Music and Messages. Sometimes Notes too. And this is over and above the split-screen functionality that lets you open two apps and let them share the screen space. Then there is the new upgrade that lets you open more than one instance of any app, be it as a full window or a split-screen space. And finally, there is the App Expose, which you can bring up to quickly glance at all the apps and split-screen combinations open at that time. 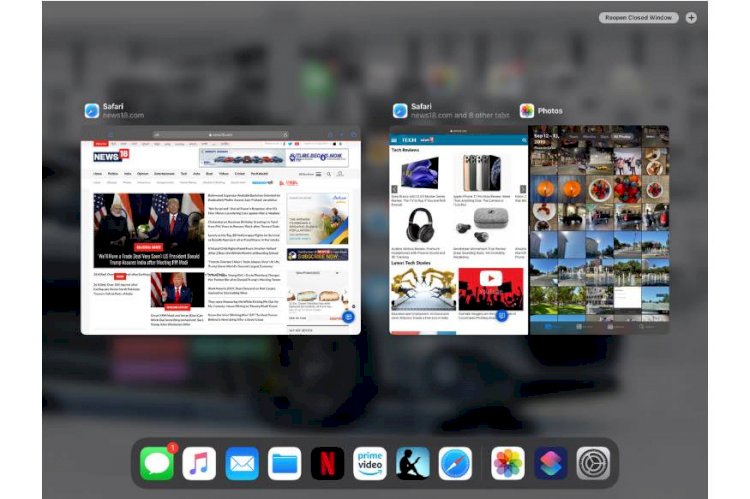 Having so much functionality is always good. But is not easy to get the hang of. Basically, there are a whole lot of three finger, swipe, pinch and spread gestures to get stuff done. And getting your head wrapped around all of those is not an insurmountable challenge. But it does take time to get used to these. A little more help with the intuitiveness would have helped. For instance, it is not immediately clear that to switch an app from Split Screen to Slide Over simply requires you to swipe up on that app.

For me, the ability to use multiple windows of the same app is extremely useful. Let us take the example of Safari. The way this works is to have one instance of Safari open, and then slide up the doc and tap on the Safari icon again. This will open a Expose-style window that shows the instances of Safari that are already open. Simply tap the “+” option on the top right of the screen to open another instance. Now you can tap on the new window and get started with working on it too.

The keyboard in iPadOS has been given a lot of new functionality as well, including new and simpler gestures to select text, drag the cursor and to induce the floating keyboard which leaves more screen real estate for the apps.

Saving the best for the last? Well, the home screen has been given complete makeover, with smaller icons as well as the ability to keep widgets docked to the left side of the screen. You can keep some notes, maybe a news widget. It is not a complete overhaul, but subtle changes that do add up to what is surely a new experience for iPad users. 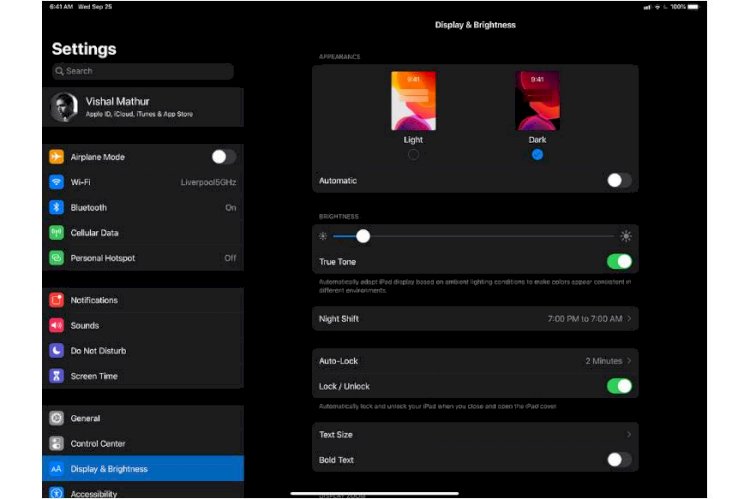 Last but not the least, are the visual changes, apart from the redone home screen layout. There is the Dark Mode, which looks purely pristine. The way the apps in the inky black darker theme simply merge with the thin black bezels of the iPad makes for a great viewing experience. What carries through from iOS 13 are the performance and security improvements as well. That means apps now open as much as 2x faster than on iOS 12. Face ID scans are faster as well. And app update packages are also smaller than before.

All in all, the iPadOS is the driver for a completely new direction that Apple wants the iPad line-up to take. And that is to become a genuine alternative to laptops and convertibles running other operating systems, including Windows 10 and Android. It may just have given the iPads a set of tools that give it a serious advantage over the rivals. There was already a lot of power under the hood. And now the software is primed to deliver on that with proper multi-tasking and desktop-grade user experience. Could it be that Apple has given the iPads a gun while the rivals still believe it is a knife-fight?

iPhone makers plan to shift some manufacturing to India,...