The Apple event is scheduled for September 10 and we are expecting the new iOS 13 to get a confirmed launch date. 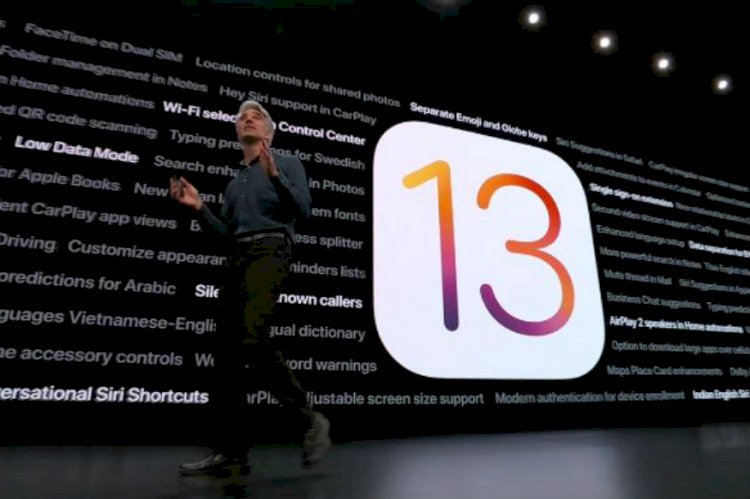 Just a day left before Tim Cook takes the stage to announce all the latest tech from the house of Apple. This year’s Apple event will be taking place on September 10 at the Apple Park in Cupertino, California and we are expecting a bunch of announcements. Apart from the new set of iPhones we could also see a new Apple Watch, upgraded iPads and possibly processor refresh for the MacBook range.

Most importantly, we will also get a confirmation as to when the final version of iOS 13 will roll out for existing consumers. While a number of beta updates, including iOS 13.1 have already rolled out, it is rumoured that the final stable build will start rolling out on September 17.

But before that happens, here is a quick refresh of all the features that were announced during WWDC 2019:

Dark Mode, as has been said, is bringing in a system-wide setting for the black theme, instead of the white and grey theme that has ruled iOS since forever. Not only is it a departure from Apple's preferred theme of interface, but has also allowed it to toy around with possibilities of a new UI design language. For instance, the darker theme has been used to improve the much-criticised Apple Music interface, while the new Photos and Notes layouts take advantage of the new colour theme too. Apple is also relying more on the Dark Mode for its interface than what Google appears to be doing with Android Q's dark theme.

Beyond the theme, the biggest deal is performance updates. It is a clear acceptance of two factors -- one, it is trying to make amends for the past iOS updates that have invariably slowed down performance on older iPhones, than maintain them or speed them up. Apple was also accused of deliberately throttling older devices, with many reports accusing it of trying to push users to upgrade, by doing so. Secondly, it is also a sign of acknowledgement from Apple that its software are no longer crown-bearers of being the outright fastest around, and the margins between iOS and Android are much thinner now.

On this note, Apple has stated that the new iOS 13 registers Face ID unlocks 30 percent faster, app downloads are 50 percent smaller in size, updates are 60 percent smaller, and app load times have halved, as per claims. This should make the software perform better than what iOS 12 have, and Apple will hope to have solved the cellular network issues as well.

Joining the new iOS 13's improvements is native swipe-typing on the iOS keyboard, which in true Apple style, gets a true Apple name (QuickPath). The Reminders app is the next most improved app of the bunch, getting tile and list views of the Reminders interface. As you keep using the app, it will also use the integrated AI algorithm to predict what time to set your reminders at, contacts to tag, and even direct integration with Mail and Messages. Even Notes will get a similar new layout, and Apple was quick to point out that any AI integration will be done locally, and none of your data will be shared online.

To focus on user privacy in face of rising concerns, Apple has also introduced a 'Sign in with Apple' feature, which promises to not track you across the internet, use complete encryption for your data, and even mask your real email address with proxy strings to protect your identity. Also new here are Memoji -- augmented stickers that you can customise with eye shadows, lipsticks, hair colour, goggles and even hats, and use to express yourself more vividly (or alternatively, use as profile photos for iMessage).

In Photos, while you get new controls to edit photographs, the icing on the cake is native video editing, which for the first time will also let you flip videos from horizontal orientation to vertical. This may not sound like much, but can be far more useful than you would imagine. Finally, as expected, there is the new, fused Find My app. It does not get new functionalities per se, but combines the features of Find my Phone and Find my Friends into one app.

Online Shopping Will Be Better Once Amazon, Flipkart & Others Get New Guidelines?