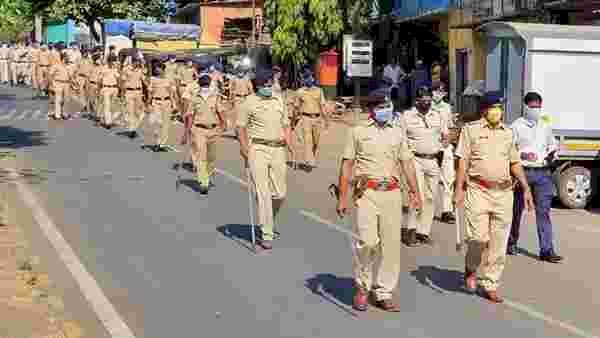 With about 6,500 COVID-19 cases, Mumbai has one of the highest infection rates in the country and police now patrol the streets and man roadblocks to limit the spread of the disease.

"I was on 12-hour shifts on the road and would go back to the police station each time I had to use the washroom. Some of us are on the road 24 hours," Nilophar Shaikh, a sub inspector with Mumbai police told the Thomson Reuters Foundation.

"I had never entered a vanity van before," she said on Thursday. "It had two rooms, a nice washroom and a resting space too."

With the lockdown suspending Bollywood movie shoots indefinitely, a vanity van owner teamed up with a filmmakers' collective and a charity to put the vans to good use for free.

Filmmakers said the scheme served a dual purpose: it made toilets accessible to police and gave jobs to drivers and cleaners who were among Bollywood workers hardest hit by the lockdown.

An estimated 13,000 police officers are out on patrol to help enforce the lockdown, a Mumbai police spokesman said, of which about 20% are women.

Women police officers said they had done similar gruelling shifts in the past, but used toilets in nearby hotels or commercial or residential buildings, which were now closed.

To cope, many said they were drinking less water to reduce the number of toilet breaks.

"We wondered where the women cops on the road would go for washroom breaks. And it is only getting hotter in Mumbai," said Shishir Joshi of non-profit Project Mumbai, that is coordinating the initiative.

The vans - with television, air conditioners and couches - have also given cops a rare taste of celebrity. "I did think about which stars may have used this vanity van in the past. I felt like a celebrity myself," Shaikh said.