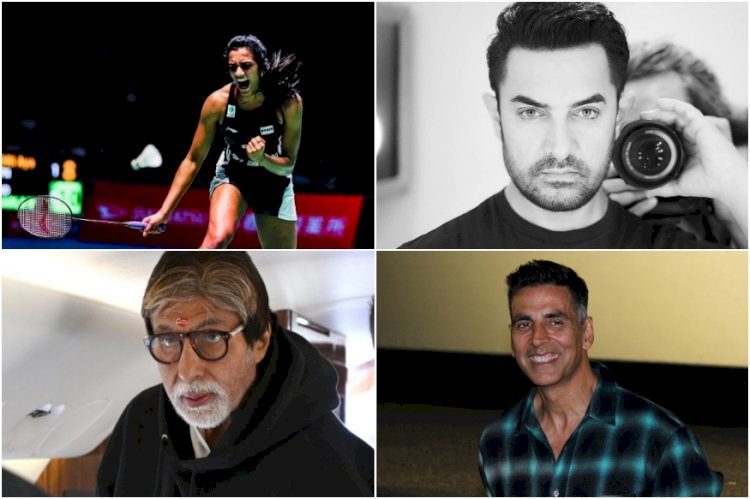 "Congratulations dearest P.V. Sindhu for becoming the world champion. Your victory makes Indians all over the world so so proud. Thank you for giving us reasons to rejoice. Your journey is greatly inspirational. Jai Ho and Jai Hind," he said.

Filmmaker Karan Johar wrote: "What a proud moment for India. Congratulations P.V. Sindhu on this amazing achievement of becoming the first Indian ever to win a gold at the BWF World Championship."

She said: "what a terrific performance! Congratulations.. you go girl."

An ecstatic Ranganathan Madhavan tweeted: "Way to go Sindhu. You make us So Proud. Yipeee."

Actress Rakul Singh said Sindhu is an "inspiration to so many in the country".

Actor Ashish Chowdhry tweeted: "Huge. Super huge. Thank you on behalf of all us Indians..."

This is Sindhu's fifth medal at the World Championships, which is the joint highest in women's singles in the history of the tournament along with Xhang Ning of China, a two-time Olympic gold medallist. Apart from the two silvers Sindhu won in the last two editions, she had also won the bronze in 2013 and 2014.