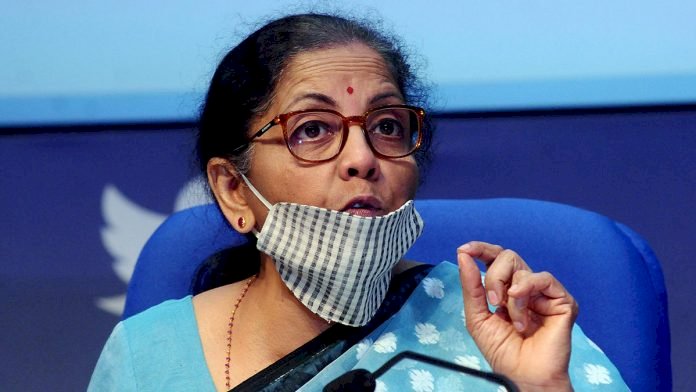 Sitharaman sought to tackle the problems faced by micro, small and medium enterprises (MSMEs), which have been battered by loss of business, flight of workers and a severe liquidity crunch, with a package that addresses their problems. The definition of MSMEs will also be expanded to remove the perverse incentive for such businesses to stay small with an eye on continuing to enjoy the benefits.

India’s 63 million MSMEs accounted for 29% of the country’s gross domestic output in FY17, according to official data. They account for about 45% of manufacturing output; more than 40% of exports and employ about 111 million people. Helping them restart is key to addressing the pain of job losses across the country and to restore demand for goods and services amid fears of a contraction in the economy. Wednesday’s announcement comes ahead of further guidelines to reopen the economy from Monday based on centre-state discussions.

“Essentially, this is to spur growth and to build a very self-reliant India," Sitharaman said, explaining the 15 measures announced on Wednesday, out of which six were for MSMEs. The others are aimed at giving more cash in the hands of people and businesses, and pertain to provident fund, non-banks, mortgage lenders and micro lenders, power distributors, contractors, real estate and taxation.

MSMEs usually have little collateral to offer for getting bank credit. For non-defaulting small businesses with outstanding debt of as much as ₹25 crore and sales of up to ₹100 crore, Sitharaman offered extra working capital finance of 20%. “The units will not have to provide any guarantee or collateral of their own. The amount will be 100% guaranteed by the government of India providing a total liquidity of ₹3 trillion to more than 4.5 million MSMEs," said the minister.

“This will be available till 31 October," Sitharaman said.

Provision for loans to promoters of stressed or defaulted MSMEs up to 15% of their stake in the unit is also offered so that the promoters can infuse capital into these companies and bring them out of trouble. Such credit will be limited to a maximum of ₹75 lakh. Equity funding support will also be offered to MSMEs with growth potential by way of the government setting up a ₹10,000 crore fund, which will raise more funds to finance equity infusion of about ₹50,000 crore into small businesses.

Liquidity support for non-bank lenders is also expected to indirectly benefit small businesses. Sitharaman announced a ₹30,000 crore special liquidity scheme for non-banking finance companies, housing finance companies (HFCs) and microfinance institutions (MFIs). Under the scheme, banks will be allowed to invest, through primary or secondary market transactions, in investment-grade debt papers issued by NBFCs, HFCs and MFIs. These will be fully guaranteed by the government.

The minister also announced that the definition of MSMEs will be tweaked to include higher investment limit and an additional norm based on revenue. It will replace the current one based on self-declared investment in plant and machinery. The new definition is meant to encourage ease of doing business and persuade them to be more aggressive in their growth For instance, in case of micro manufacturing and service enterprises, the investment limit will be increased to up to ₹1 crore and revenue limit to up to ₹5 crore. Till now, for micro manufacturing enterprises, the investment limit was ₹25 lakh and ₹10 lakh for the service sector. The new definition will not distinguish between manufacturing and service sectors.

“Some MSMEs felt if they outgrow (as per current definition), they will lose the benefit (given to them). That is the reason for a change," Sitharaman said.

Industry representatives welcomed the announcements. “The six measures announced by the minister for MSMEs are very well targeted and meet the immediate as well as longer term requirements of the sector," said Chandrajit Banerjee, director general of industry lobby Confederation of Indian Industry.

One Person Can Order Aadhaar PVC Cards Online for Whole...