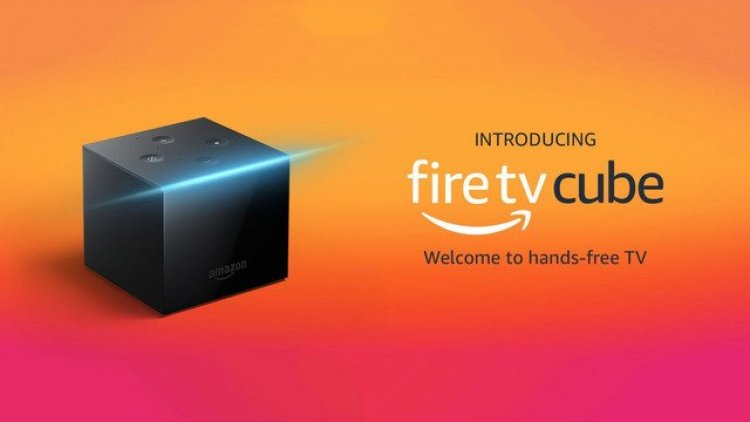 Yesterday, we learned that Amazon was gearing up to bring its Fire TV Cube to the Indian shores. And today, the company has officially launched the device in the country. The Amazon Fire TV Cube (2nd gen) is a flagship streaming box from Amazon. It was launched in the US in 2019, but it’s only now making its way to the Indian market.

The Fire TV Cube (2nd gen) is an amalgamation of an Echo smart speaker and a Fire TV streaming stick. Much like other products in the Echo and Fire TV lineups, the Cube needs to be connected to a wall outlet all the time. The 3.4-inch square box measures 86.1mm x 86.1mm x 76.9mm dimensionally and weighs about 465g.

The new Fire TV Cube is powered by the Amlogic S922X hexa-core processor and Amazon claims it’s the fastest Fire TV device ever. Just like its predecessor, the new Cube is still capable of outputting 4K content at 60 frames per second but it now supports more HDR formats including Dolby Vision, HDR10+, HLG, and HDR10. It has a built-in 1.6-inch (40mm) speaker and supports Dolby Atmos, 7.1 surround sound, and HDMI audio pass-through up to 5.1. Meanwhile, eight omnidirectional microphones and beamforming technology take care of the voice commands.

The Fire TV Cube can also control other IR-enabled devices in your living room such as TVs, soundbars, A/V receivers, and cable satellite set-top boxes. You can turn on or off your TV, control the volume level on your soundbar and A/V receiver, change TV channels, and so on. In terms of connectivity, the Cube supports Bluetooth 5.0, dual-band Wi-Fi, HDMI, micro-USB, and wired infrared.

The Fire TV Cube (2nd gen) goes on sale today at ₹12,999 ($172) on Amazon.in and select Croma and Reliance Digital outlets. As an introductory offer, Amazon is also throwing in an AmazonBasics HDMI cable for free which otherwise needs to be purchased separately. This device will go head to head against the new Apple TV 4K streaming box which will be available in India at a starting price of ₹18,990.

Your Home Loan EMI, Car Loan EMI Can Increase From April Due To This Reason

Government extends cap on airfare, capability until 31 May